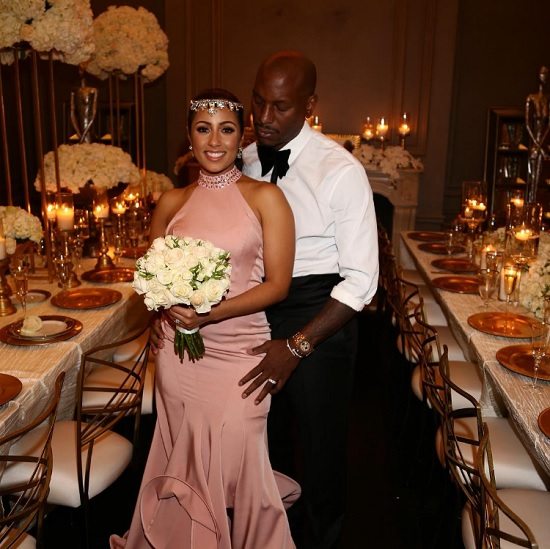 While most of us were ignoring Tyrese on all social media, the "Sweet Lady" singer was busy falling in love. Black Ty took to Instagram (you already know how we feel about folks using IG as a PR agent, but we digress) to announce that he secretly tied the knot with his bride, Samantha Lee, this past Valentine's Day. How romantic! Of course, the news wasn't met without a bit of controversy, as many took issue with the fact that Ty, who's become known for telling black women what they're doing wrong in life and love, appeared to not have married a black woman himself. However, those criticisms were put to rest when it was revealed that Samantha was, in fact, of African-American, Jamaican and Ecuadorian descent. That being said, we're happy that Ty has finally found love again, mainly because we hope that it means he'll start minding his own business and stop meddling in our love lifes. #TyGottaChick