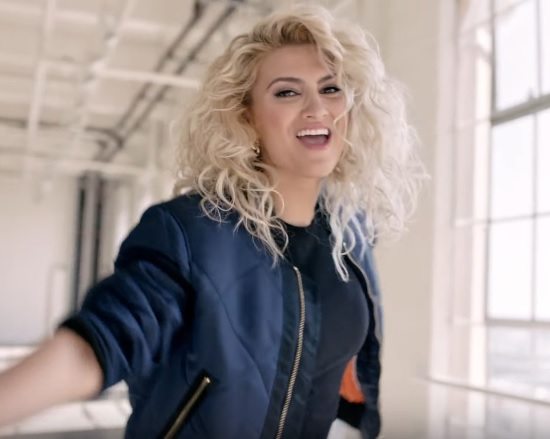 In a world full of egomaniacal presidents, xenophobic jerks and overblown rap beefs, we could all use a bit of sunshine and color to brighten our day. Well, look no further than Tori Kelly. The bubbly singer has been everywhere in the past year, and if you happen to be the parent of a kid under the age of 12, you probably caught her in the film Sing playing a vocally gifted pachyderm. The role led to Tori's exuberant cover of Stevie Wonder's classic leave-your-cares-behind tune "Don't You Worry 'Bout A Thing," which, today, finally gets a video treatment to match Tori's energy.

Rather than act as clip reel for Sing, we instead see Tori dancing, smiling and singing her way around a well-lit white room. While that might seem like it would be a drag, Tori's smile is a contagious one and her sense of fun will have even the grumpiest of grumps dancing in their seats. But, just in case that doesn't get you, the clip also works in a way to reference the movie by having characters appear in pops of brilliant color that fill the space as Tori moves about.

With the workweek coming to a close, we know you want to shake off those workday blues with a pick-me-up, and this bright and sunny cover should do just the trick. Check it out below.


TAGS:  stevie wonder, tori kelly
Previous: Will Trey Songz Steal Your Heart Before The ‘Song Goes Off’? Next: Andra Day Teams Up With Hyatt To Let Us Know ‘What The World Needs Now Is Love’