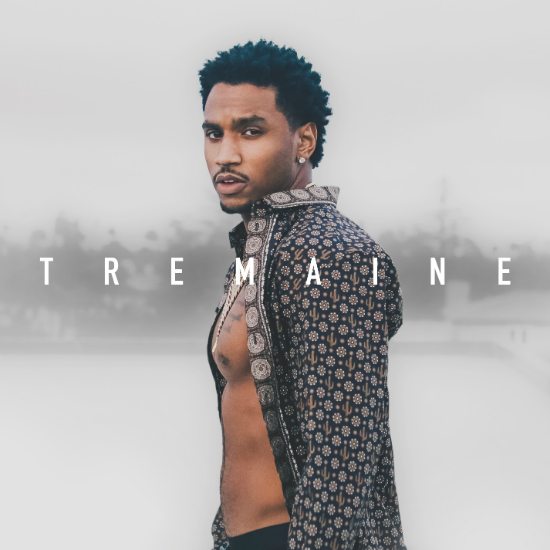 There comes a time in every man's life where he has to decide if he's ready to settle down. That moment for Trey Songz plays out on his seventh long-player, Tremaine The Album. Across the project, the singer/songwriter plays with the idea of being a one woman man, despite being a confirmed womanizer. On 2014’s Trigga, Trey was happy to flirt with the idea of a relationship, while still living the life of a lothario. Tremaine The Album is different. But is it different enough? Most of the singles and videos have only hinted at Trey journeying into being someone different than the Trigga we’ve become accustomed to. We’ve been waiting for Trey to get his Ralph Tresvant on and show us his more sensitive side. Besides, as we learned on Usher’s last album and as the singer has admitted, “To say I’m looking for love is one thing, being ready for love is another.”

The lead single “Nobody Else But You” lays out the situation our hero faces, as he’s stuck between doing what’s right and doing what’s right for right now. He knows his girl is the only one for him, but he’s trying to figure out if he is quite ready to be a one-woman man. This is followed up with further self-evaluation and naval gazing in the ballad “Playboy.”

“#1Fan,” is a nice departure from our expectations of the artist. A song about sexing his biggest fan, we’re set up to think it’s going to be yet another groupie tale. However, Trey shows some vulnerability, as he’s a bit scared, “Having sex with my #1 Fan / So why am I so nervous?” Wait? What? Though somewhat saccharine sweet, the song is a nice twist on expectations.

A Trey album wouldn’t be complete with a good bit of babymaking music. “The Sheets…Still” is a little on the nose, with the opening lyric, “This ain’t a model or bottles in the club R&B song.” However, that doesn’t disturb the intoxicating groove cooked up by producers $K and Xeryus G., who make a grown and sexy slow jam of subtle piano, drums and guitar that rides a bass line tailor-made for bumping and grinding. Another entry on your next sexy time playlist is album opener “Come Over." Here, Trey is calling an old flame over to the house to reignite the magic between them, even though they’ve been separated for a good minute, most likely due to Trey and his philandering.

Trey has always balanced his bedroom jams with certified club bangers, and this album is no different. “She Lovin It" is a roaring rock ballad about a lover playing coy, asking the hard-hitting questions like, “She said that she didn’t want to be loved / I said why the hell are you here.” While the opening line sounds somewhat rapey, the rest of the song is a bit more reassuring with its tit for tat as a game between lovers and not some questionable transgression on Trey’s part. Bouncy synths punctuate a groove composed of bass guitar, stuttering drums and a sped up vocal sample. This is followed up by the booty-bouncer “Animal” where Trey uses some pretty explicit metaphors to describe his sexual process, over a groove of congas and other jungle sounds. “1X1”'s house-lite groove is slightly unexpected from Trey, as he rides a sample of Crystal Waters’s classic ‘90s house groove “Gypsy Woman,” delivers a happy-go-lucky ode to a mind-blowing sexual exploit he hopes will be more than a one-night stand.

“Priceless,” which sounds like an Usher song right down to the ad libs, isn’t bad, but it sounds a bit rote; the lyrics feel stale, as if we’ve heard this same song before, with the wording just in a different order. It feels like a million and one pop songs on the radio now. "What Are We Here For,” however does tread a little different territory lyrically if sonically it’s painting by numbers as far as the EDM-style production. "Break From Love,” a stark ballad composed of stark piano is an appropriate closer, acknowledging his repetitive transgressions but wanting to make it work.

“Games We Play,” a duet between Trey and his artist MIKExANGEL, is a return to form for the singer that feels more genuine, as he employs a slight Migos flow to admit that they’re both losing when they play games with each other.  The same could be said on the ballad “Picture Perfect," where Mr. Steal Yo Girl gets down right savage, asking “Is it really picture perfect / Does that nigga serve a purpose / Is it really even working?”

As a whole, Tremaine The Album is a fun and an endearing project, committing to the sound and style we’ve come to know and expect from the artist. However, as far as the concept of the album goes, there are some things lost in translation. Does a few more love songs a repentant savage make? Is brooding a step on the path to enlightenment or just shuffling your feet? Of course, who are we to tell the man what his path towards love should look like? While we may not understand the hows, whys or whatevers of this journey towards love, at least it seems like an exciting and very passionate ride.