Will Sessions & Elzhi Drop Some ‘Knowledge’ On Us 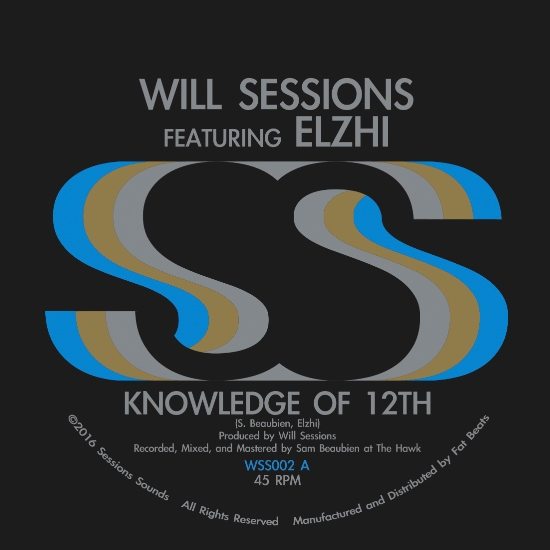 Earlier this year, Detroit funksters Will Sessions blessed us with a groovy double-side featuring Amp Fiddler as the formal introduction to their newly formed Sessions Sounds label. We’re still trying to pick a favorite between the throwback sounds of  “Lost Without You” and “Seven Mile,” but that hasn’t stopped the band from releasing another twofer. Their latest release, "Knowledge of 12th" finds them reuniting with their Elmatic partner and fellow Detroit native Elzhi for the A-side, while the instrumental B-side takes you deeper into their production style.

You'd never know that almost six years have passed since their last studio collaboration, because everyone is at the top of their game, outchea sounding like a badass Blaxploitation theme. Slinky guitar puts the funk in your face while the horn section pours some serious stank all over the Motor City narrative. Like he did with his 2016 comeback Lead Poison, Elzhi once again proves why he’s considered one of Detroit’s finest. Air is a precious commodity during his minute-plus discourse as 1) he barely takes a pause during his hypersonic delivery and 2) the lyrical onslaught is so captivating that we held our breath the entire time.

Listen to "Knowledge of 12th" below, currently available for purchase as a limited edition 7" via FatBeats. Afterwards, get a preview of their upcoming LP Deluxe with "Cherry Juice" (featuring Allan Barnes) ahead of the album's April 21st release. According to the press release, the debut full-length is "made of tracks previous available as limited press 7” records, freshly remixed and remastered," and contains guest appearances from Rickey Calloway and Detroit fixture Coko Buttafli (in addition to Fiddler and Barnes). Peep the full track listing and pre-order vinyl or CD via FatBeats.  In the meantime, you can head to Bandcamp to get caught up with Will Sessions' current catalogue and visit Elzhi's website for performance updates and more.


TAGS:  Allan Barnes, amp fiddler, audio, Coko Buttafli, elzhi, Rickey Calloway, Will Sessions
Previous: GoldLink Announces ‘At What Cost,’ Reveals Album Cover & Release Date Next: Rachel Foxx Has Got Time To Give It ‘To You’