Xavier Omär Is ‘Afraid’ Of Loving You 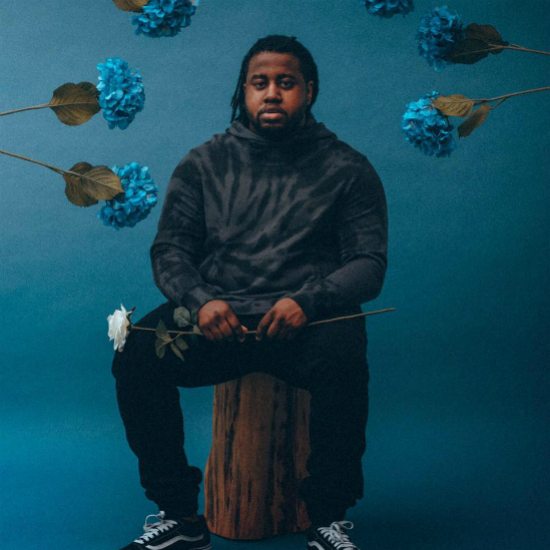 Xavier Omär is gaining momentum in 2017, and he's using the topic of love to keep climbing. The artist formerly known as SPZRKT has dropped the first of his two-song digital release with Red Bull Sound Select, and it's a beautiful tune about the fear of unrequited love. Produced by Bizzness-Boi, "Afraid" doesn't veer too far from what we're used to hearing from Xavier as he bears his soul over harmonious instrumentals. In his own words, he describes the single as "holding back love out of fear from someone who deserves it."

Not even a minute into the single, he admits that he's afraid, singing, "Losing love, unrequited / Was it truly love? undecided / Hard times, I'm broken / Past lies, they leave you open / I try, I'm hopeless / At night, no way of coping / With this shredded heart / Can I get reparations for the pain?" In the chorus, he layers cascading harmonies of his suede-coated voice while singing of his fears, yet he still sounds hopeful in the process. For a little over three minutes, we can all lament unrequited love and groove the hurt away.

Unlike the song, Xavier isn't afraid of being at the top of his game in 2017. So far he's been listed in several artist to watch pieces, including Red Bull and Forbes. Xavier also caught the attention of actress and singer Zendaya, who was singing and playing his track "Blind Man" on her Snapchat just last month. The crooner, who carries around a WWE Intercontinental Championship belt, is clearly winning. We admittedly can't wait to hear the second track from his Red Bull Sound Select project, but we're still spinning his mixtape Hours Spent Loving You and the EP The Everlasting Wave. Before track number two drops, you can hear more from Xavier on SoundCloud, purchase his EP on iTunes and listen to his "Afraid" right here.