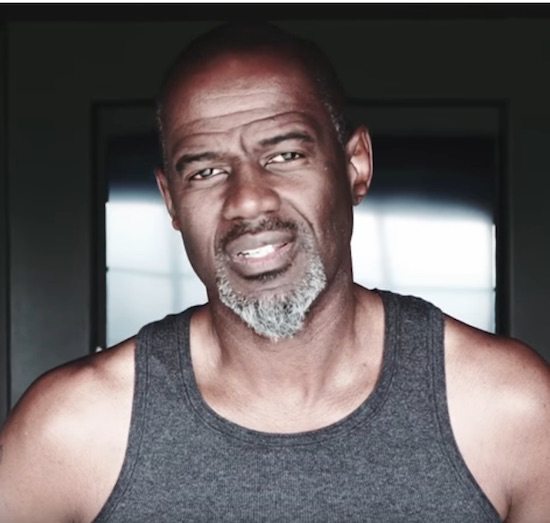 This year marks the 25th anniversary of the release of Brian McKnight's self-titled debut album. It's funny how time flies when you're having fun and making music, which Mr. McKnight still is. To celebrate his 25 years in the game, Brian has plans to release a new album this August. The title of the set is Genesis, and it will mark the prolific artist's 13th studio album, following the two he dropped in 2016: An Evening with Brian McKnight and Better. Now McKnight is switching gears and kicking off the Genesis era with lead single "Forever."

McKnight released the single and music video simultaneously to end March. The song is typical Brian McKnight, finding him singing about love and wanting to be in it forever with the lady in his life. They're apart at the moment, and he's missing her something awful. "I'm gonna keep you here with me / Cause I believe we belong together / Anywhere you are is the place to be / And I could stay there forever," he croons over synths and programmed drums. The track is a mid-tempo number that's firmly in the grown-up R&B/pop lane that he cruises in and, as always, it's his smooth tenor that's the star of the story.

Brian is also the sole star of the video that shows the singer at home in his mansion. We see all the trappings of the good life and the good time that was had the night before. His woman's clothes and shoes are strewn about the bedroom, and she's left a love note in lipstick on the bathroom mirror. Brian is all smiles as he sings into the camera, casually showing off his guns in a grey tank top while getting dressed. He randomly floats on a hoverboard across his foyer before he leaves his not-so-humble abode and hops in his Audi R8. From here, we view him whipping around town for the rest of the clip to a destination unknown. Although the visual, with a number of closeup shots of the sports car and its features, comes off more like a car commercial than a music video, fans of Brian McKnight will enjoy riding shotgun with the singer.

"Forever" is just the beginning of all the new tunes we'll hear from Brian McKnight in 2017. Order the song now from Amazon, iTunes or Google Play. His new album Genesis will hit the streets on August 25th.


TAGS:  audio, brian mcknight"
Previous: Robert Glasper, Common & Lianne La Havas Come Together To Bear ‘The Cross’ Next: Mali Music Reassures Us That Everything Is ‘Gonna Be Alright’