will.i.am Is Back To Light Your ‘FIYAH’ 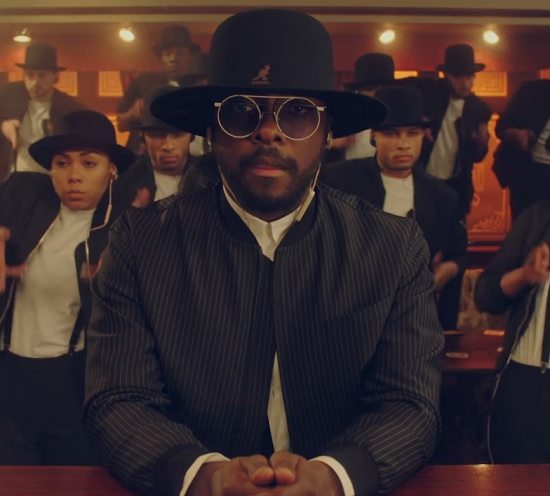 We've seen him alongside Jennifer Hudson as a coach for The Voice UK  and we've even seen him hawk his i.am+ headphone line, but will.i.am is a name that we haven't heard much these days when it comes to music. That changes today, however, with the Black Eyed Peas rapper dropping his new single and video appropriately titled "FIYAH."

While we've had our misgivings about Will in the past, we must say that he comes kinda correct with this joint. One, that thick bassline is addictive, hitting us just hard enough to make our heads nod. He backs that up with party-ready synths and programmed drums that sound straight out of an '80s jam. Sure, his raps aren't anything to write home about (when have they ever been?), but the elements combined work quite well together.

The same can be said of the song's video, which acts as a tribute to British culture while simultaneously giving old West vibes. Will strolls through empty streets and ends up in a pub named The Rovers Return, which just happens to have a whole crew of phone-addicted patrons who are dressed exactly like him and like to cut a rug. Soon they move things outside, where literal flames illuminate a "Thriller"-like dance routine as the nattily dressed crew do their thing on the cobblestone streets.

Will will.i.am's "FIYAH" be enough to light yours? Press play on both the audio and video to find out.


TAGS:  audio, jennifer hudson, will.i.am
Previous: Tito Jackson Is Right At ‘Home’ With Debut Album ‘Tito Time’ Next: Wallace Returns With An Ode To The ‘Diaspora’