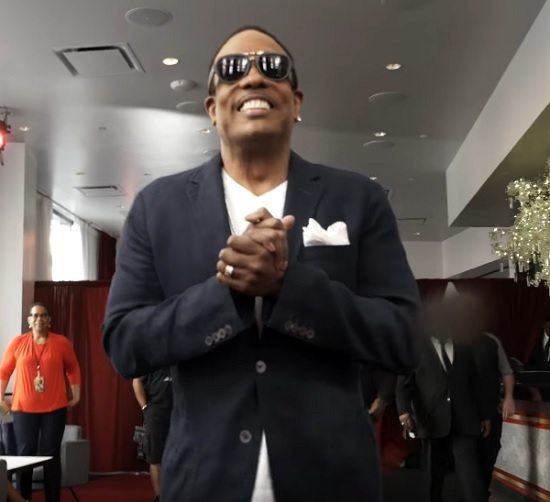 Everybody's favorite uncle, Charlie Wilson, has been in the game for a minute and still manages to stay at the top. His latest project, In It To Win It, proves the industry veteran's staying power and his recent tour with Johnny Gill and Fantasia brought out his generations of fans. It's fitting, then, that Uncle Charlie is counting his blessings. That's exactly what he showcases in the video for his T.I.-assisted single "I'm Blessed."

Taking us behind the scenes of the In It To Win It Tour, we see Charlie on stage and backstage as he navigates the ins and outs of tour life. We see him meeting and greeting fans and even get a chance to hear some testimonials from fans who have been following Charlie since his The Gap Band days. But we don't just see the fans. Charlie's friends also pop up to take in the show and shoot the breeze with him. High profile stars like his tourmate Johnny as well as Jim Brown, Terry Lewis, Trombone Shorty, Martin Lawrence and others stop through and smile it up on camera. Uncle Charlie, however, is the main event here, and he gives a glimpse of his elaborate stage show, which involves a full band, dancers and the whole nine. He may be in his 60s, but he's showing no signs of slowing down anytime soon — a blessing indeed.

Check out what life is like on tour for everyone's favorite sangin' uncle in Charlie's clip for "I'm Blessed" right here.