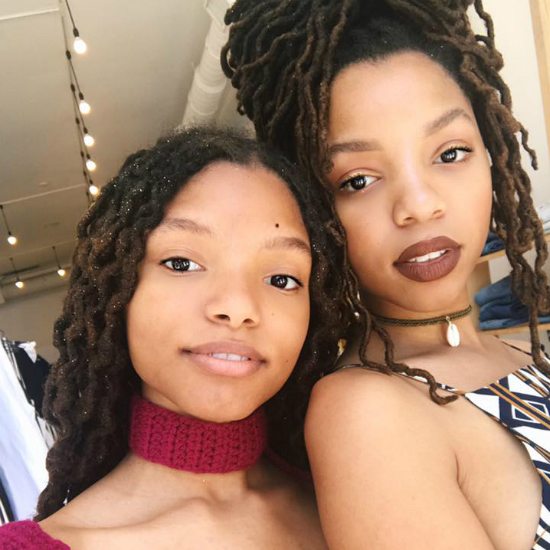 The musical powers of Chloe x Halle know no bounds, and they remind us time and time again via social media. Over the weekend, the sister duo delivered their take on Kendrick Lamar's "HUMBLE." and it could arguably be the best thing you'll hear this week. Chloe and Halle Bailey, who are just as excited as we are to get the new Kendrick project on April 14th, took over our timelines with a quick, 49-second video in front of a keyboard to sing the TDE rapper's track and make it their own.

Accompanied by a few keys, the sisters start the cover with a syrupy sweet harmony and later turn up and sing the Kendrick verse that caused a bit of controversy. Of course they cleaned it up a tad, removing the curse words while singing "I'm so, I'm so sick and tired tired of the Photoshop / Show me somethin' natural like afro on Richard Pryor / Show me somethin' natural like booty with some stretch marks." Once they get to the chorus, the duo's effortless harmonies encourage you to "sit down" and pay attention to their trained vocals that make them sound like mini-Beyoncés.

The sisters are no strangers to covering hip-hop hits. So far, they've covered Travis Scott and Young Thug, Desiigner, Rae Sremmurd and more. The Parkwood Entertainment signees dropped their debut EP Sugar Symphony back in 2016 and a few weeks ago they delivered non-EP/non-mixtape The Two of Us. Using their viral chops to promote the new project, we're hoping we'll get more covers like this to keep us entertained. You can listen to The Two of Us on SoulBounce or stream it on their website. In the meantime, sit down and listen to Chloe x Halle's version of K. Dot's "HUMBLE." below.