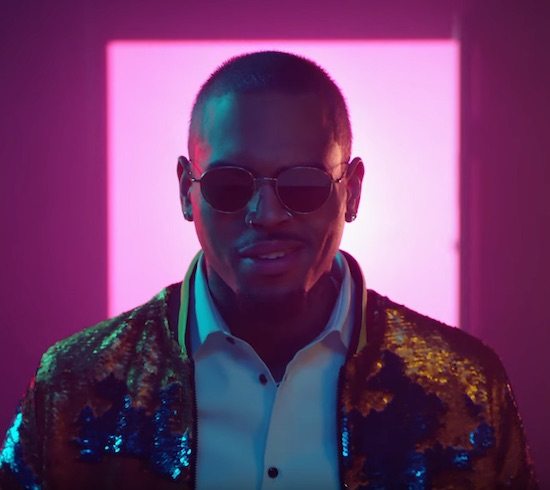 A few months ago, Chris Brown gave us the uptempo jam “Party” featuring Usher and Gucci Mane. The track was guaranteed to make the kids go crazy and rush the dance floor. However, now that the party is over, Chris is looking for someone to take home and enjoy a little “Privacy.”

Produced by D.A. Doman, “Privacy” is a bedroom banger. Emphasis on banger. The lyrics don’t leave much to the imagination. If the chorus, “Ain’t nobody here but you and me / Licking your private parts / And I know you love your privacy,” makes you blush, the short rap where Chris gives up on being poetic and just gets down right explicit might leave you gagging. “Privacy” has its charms, but the song feels like we’ve heard it a few times before from Chris. It recalls his mega-hit “Back to Sleep,” for one, but pales in comparison. The explicit lyrical content doesn’t set the mood as much as it breaks it.

Though the song may be lacking in a few areas, the video isn’t. The clip starts with Breezy pulling up to a hotel and walking through a casino. Brown announces his entrance by jumping on top of a craps table and doing a quick 4-count. From that vantage point he spots his conquest for the night and makes his way to the elevator. She then leads him to a room that could only be described as a freaky Michael Jackson Moonwalker Suite. Within the outer space-themed room, Chris witnesses a few lovely ladies dancing, doing gymnastics and twerking before joining in with some moves of his own.

“Privacy" is the second official single off of Chris Brown’s upcoming album, Heartbreak on a Full Moon. While a release date hasn't been announced, you can catch Breezy singing and dancing his heart out on stage on The Party Tour. For more information on tickets and when he'll be in a city near you, visit his website.