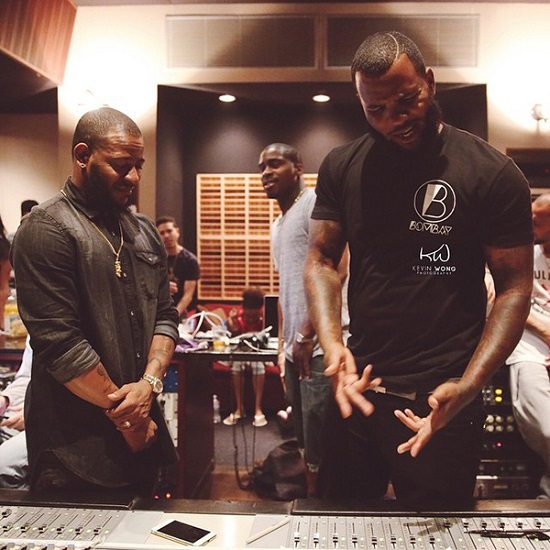 Eric Bellinger got you good and ready to hit the beach with his latest EP, Eric B for President: Term 2, and now he's getting you ready to hit something else with his new track. In honor of 4/20, the crooner delivers "Blazin With The Bros," with a little assistance from rapper The Game. Considering mary jane is legal in their parts, it's a relevant, catchy nod to greenery that people from all walks of life will enjoy.

The track starts with the single's hook, which takes a page from Mr. Vegas' 1998 track "Heads High," to ensure it gets stuck in your head while you're *ahem* blazing. While the lyrics lack depth (i.e.: "Gettin' high, chillin' with my bros / And you know I got a gang of pre-rolls") the beat and Eric's smooth vocals will at least help you soar and transport you to your happy place. Jayceon's verse is forgettable at best, but we appreciate his presence and would allow him to stay and chill for what sounds like a festive shindig.

Eric most recently released the visuals for "Make You Mine" featuring Christina Milian and now he's gearing up for yet another themed project. "Blazin Wit The Bros" is the first loosie from Eric's new, weed-friendly project Cannabliss, which was supposed to debut on 4/20, but he's blessed his fans with its early release. Roll up to SoundCloud or Live Mixtapes to hear the project in full and get a preview of Eric Bellinger and The Game's latest joint right here.