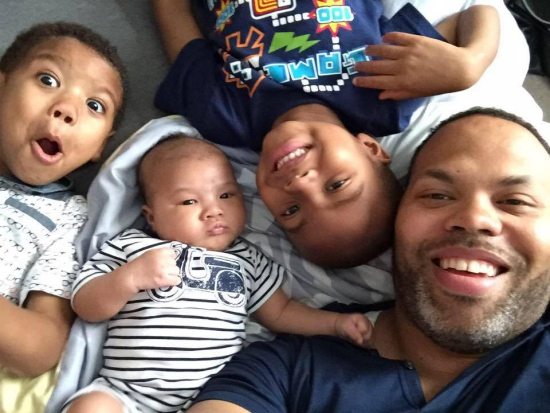 All of us making considerably less than seven figures probably have fantasies about exactly what we'd do if we suddenly struck it rich. Eric Roberson also has those dreams, but he also knows that all the money in the world can't buy you happiness or peace of mind. He drops knowledge about his philosophy on our first listen from his upcoming EP Earth with his song "Million Dollars."

"Million Dollars" — which happens to be produced by another SoulBounce fave, Daniel Crawford — pairs Erro's tenor with a soulful arrangement of horns, bass and guitar. The warm tone of the production reflects the happy sentiment of the song, as Erro preaches on being happy with the blessings you have. "I don't need a million dollars to be happy / Don't get me wrong, I'd be happy with a mil," he sings on the chorus. "For now I'm happy with the money I have / Goin' half with my baby on the bills." But just because his message is positive doesn't mean he doesn't know what he'd do if he'd happen to find himself a brand new millionaire. During the chorus, he lets us know he'd purchase a powder blue Range Rover on 22s, and he even devotes a verse to what else he'd do with a milli — including paying for a few Howard students' college education, make a few charitable donations and pick up a Caddy in the process. However, he's doing what he can with what he has right now, and that's all anyone can ask for.

If you're a fan of Eric Roberson or just want a feel good song to make your day, check out "Million Dollars" below. As well, if you pre-order Erro's Earth, Wind and Fire EP trilogy, you'll get an automatic download of the track. Earth will arrive this Friday, April 21st.