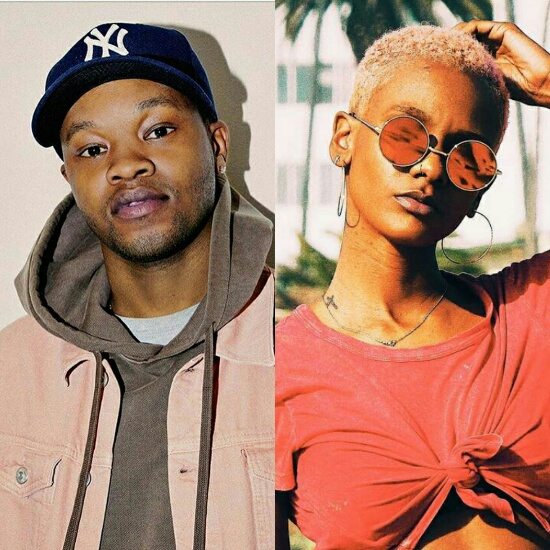 In celebration of 420, the world’s most elevated holiday, BJ The Chicago Kid and Tiara Thomas provided the perfect soundtrack to wind down to on the buzzed-filled day. On the single “I Be High,” the pair talks candidly about their love of the herb, especially when combined with good lovin’, over a smooth, mid-tempo track. It's the perfect accompaniment to the greenest day of the year, as the track itself sounds, well, faded. Tiara kicks it off with a few raunchy bars, while BJ joins in on the hook and the second verse with a voice as smooth and soulful as ever. The tune is so cool and laid back, whether you smoke or not, this joint is sure you give you a contact high.

"I Be High" comes on the heels of a series of recent offerings from BJ, including his tribute to Usher's classic album Confessions, as well as his nod to cuffing season, The Lost Files: Cuffing Season. Most recently, he gave an epic performance at Coachella and is rumored to be wrapping up the final touches on the follow-up to his multi-GRAMMY nominated debut album, In My Mind. We’re just glad that the singer/songwriter from the Chi saw fit to give us a few gems to rock to while we wait.

Meanwhile, Tiara Thomas has been busy as well. Last month, she released a stripped-down, acoustic project entitled Don’t Mention My Name. The five-track EP touches on the good and the bad of past relationships, and she also pays homage to '90s R&B with an acoustic remake of Case’s 1996 hit, “Touch Me, Tease Me.”

BJ The Chicago Kid and Tiara Thomas have been doing their thing separately, and together they prove to be just as dope. Get lifted and give the smoked-out “I Be High” a spin right away.


TAGS:  audio, bj the chicago kid, case, Tiara Thomas, usher
Previous: Avery*Sunshine Has Us Falling In Love All Over Again With ‘Twenty Sixty Four’ Next: Bruno Mars Gives Us More To Love With ‘That’s What I Like’ Remixes From Gucci Mane, PARTYNEXTDOOR & More