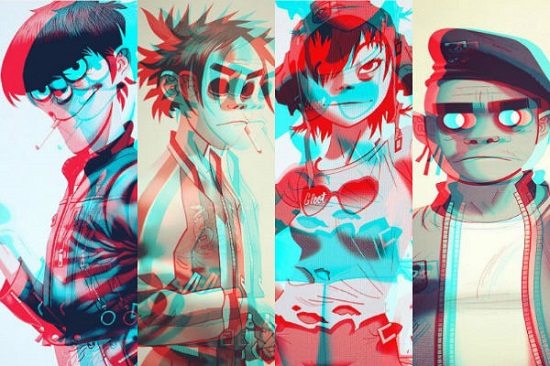 The Gorillaz are readying the release of their latest album, Humanz, for Friday. So far, what they've given us has felt in line with their trippy mashup of rock, pop and hip-hop. However, the latest listen from the album, "The Apprentice," finds the animated crew going in a decidedly R&B direction with a little help from Rag'n'Bone Man, RAY BLK and Zebra Katz.

"The Apprentice" is downright glossy in comparison to what we've heard thus far from the album. Drum machines and slick synth work lead the way on the track, for which many of the band's "members" take a backseat. Instead, Rag'n'Bone Man and Ray BLK lead the verses as 2D (also known as Damon Albarn) provides backing vocals. This leads to a much more polished, less haunting sound, though spooky laughs are laced throughout to let you know that this is, indeed, a Gorillaz record. Zebra swings through to provide a bit of shade to an otherwise light-sounding song (or, at least, light for them), with his slight rasp welcoming a more ominous undertone. But it slides back to the sleek sound of the chorus soon enough, with all three of the vocalists uniting for one last final go before the track fades to black.

Given what we've had the chance to listen to from Humanz so far, we're definitely looking forward to hearing the album in full when it's released on April 28th. Listen to Gorillaz' latest song from the upcoming set below.