Jeremih, Chris Brown & Big Sean Take It Back To The ’90s In ‘I Think Of You’ Video 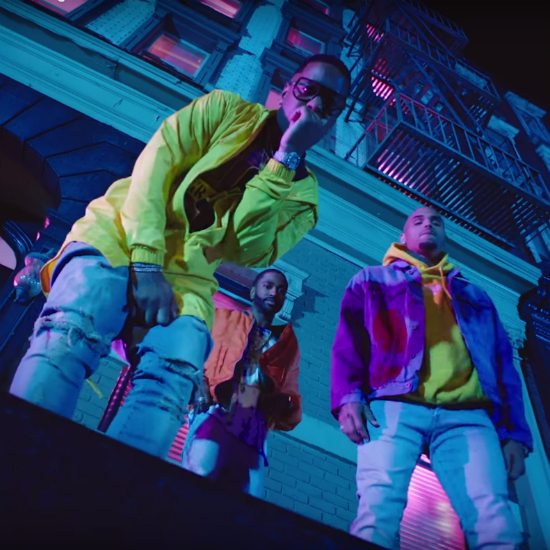 Earlier this year, “Oui” singer Jeremih collaborated with Chris Brown and Big Sean on the mid-tempo joint “I Think of You.” While the song received considerable airplay, the Yung Berg-produced track didn’t quite become the blockbuster lead single anyone expected. However, with the release of a cute '90s-inspired music video featuring a dayglo color scheme, throwback haircuts and clothing, and even a New York City block, the sweet love song is made even more endearing.

Directed by Daniel-Cz, the throwback clip finds Jeremih, Chris and Sean competing for the affections our resident honey dip. The clip opens with Jeremih and his crew on the stoop of a brownstone on studio backlot recreation of a Brooklyn neighborhood, watching as baby girl, dressed in round-the-way girl swag, walks by. Jeremih can’t let this pretty young thing walk by without getting his mack on. Of course, neither can his boys Chris and Sean, who each bring their A-game. Meanwhile, we have random dancers and even a cameo by Nick Joseph and Dan Rue of “Oh no baby, what is you doin?” fame.

“I Think of You” is the first single from Jeremih’s as-yet-untitled fourth album, which comes on the heels of his last album, Late Nights. We’ll keep you posted on any new developments, but until then, hit play and get into the groove of Jeremih’s latest.