LeToya Luckett Gives Us More Than We’re ‘Used To’ 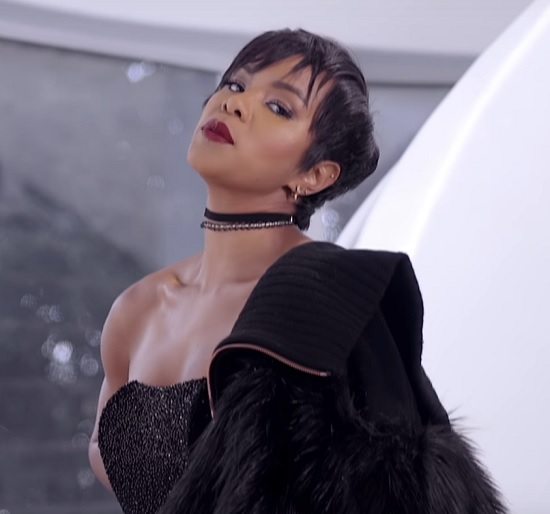 Former child of destiny LeToya Luckett is ramping up the promotion for her upcoming album Back 2 Life, and she's doing so in an interesting way. She's already dropped off the album's lead single and title track "Back 2 Life," along with its cinematic video. That, however, was just the beginning. She's now released the set's second single, "Used To," and with it, she brings part two of what looks to be a three-part romantic saga.

As for the song itself, it at first seems like your run-of-the-mill modern R&B number. Wavy synths, skittering hi-hats and bumping 808s underscore her breathy, boastful vocals as she lets her man know that she ain't your average chick. However, just when you get used to the track's groove, she changes things up on the chorus, with the rhythm switching to something more in line with the dancehall-tinged offerings from the likes of Drake and Rihanna. Shrewd move, LeToya.

She also switches things up with the video itself. Instead of jumping straight to the song, LeToya flexes her acting muscles as she presents a continuation of the story she first presented in the "Back 2 Life" video. We see our girl back on the dating scene as she goes on one of the worst blind dates ever. However, the specter of her ex Omar (played by Being Mary Jane's Thomas Q. Jones) looms, with him blowing up her phone and showing up at her favorite lunch place to confess his love for her. Will she end up back in his arms again? The video doesn't answer that question, but it does put LeToya in an awkward situation at a mutual friend's engagement party as once again runs into Omar and his "friend" that broke them up. Despite all that though, she manages to keep it together, with "Used To" playing as she states her case that she is, in fact, that chick regardless of whatever is going down around her. While everything isn't resolved by the clip's end, the "to be continued" has us looking forward to what transpires in the third and final chapter.

Give "Used To" a spin via Spotify right here and then check out the song's video below to see the next chapter of LeToya Luckett's cinematic vision. Back 2 Life is set to arrive on May 12th.