Mary J. Blige Reveals The ‘Strength Of A Woman’ In VH1 Documentary Trailer 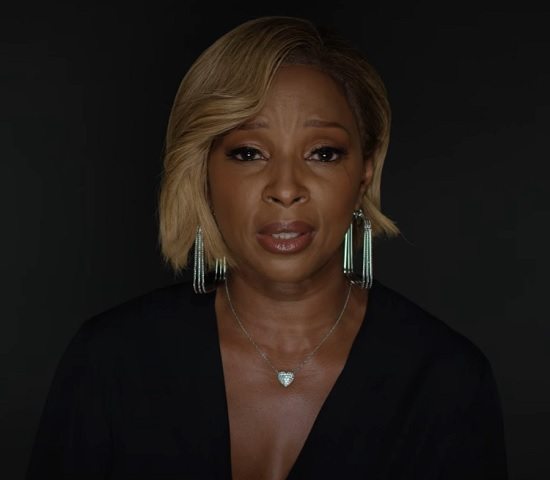 Our girl Mary J. Blige is having a rough go as of late. Her pending divorce from estranged husband Kendu Isaacs seems to get messier and messier by the minute, with a new accusation or scandal seeming to pop up on the daily. Most people would tuck their heads in the sand and ask for some privacy, but that's just not Mary. Instead, the Queen of Hip-Hop Soul turned her anguish into art, using the situation as creative fuel for her latest album, Strength Of A Woman. And now fans will get to see that in the upcoming VH1 documentary The Making Of: Strength Of A Woman.

In the upcoming doc's recently released trailer, we get a taste of what to expect from the film. It explores her journey through her 25-year career, showing off her many accolades. We also hear Mary speak about her current turmoil while her most constant collaborator, Diddy, speaks on why MJB has staying power by reminding us that "she has been writing and singing music that both cuts us and helps us heal at the same time. Her realness, music, style, energy, and performance make her loved by millions.” Meanwhile, the trailer shows off many of Mary's collaborators on the album. Jazmine Sullivan, Teddy Riley, Ne-Yo, Hit-Boy, DJ Khaled and even Missy Elliott make appearances. As well, we also get a taste of what might be the album's title track as the short trailer closes.

Mary J. Blige's Strength Of A Woman, which features the singles "Thick Of It," "U+Me (Love Lesson)" and "Love Yourself," is scheduled to arrive this Friday, April 28th. You'll be able to tune into The Making Of: Strength Of A Woman in a week on May 2nd at 11 p.m./10 p.m. central. Get your first glimpse at the documentary in the trailer below.