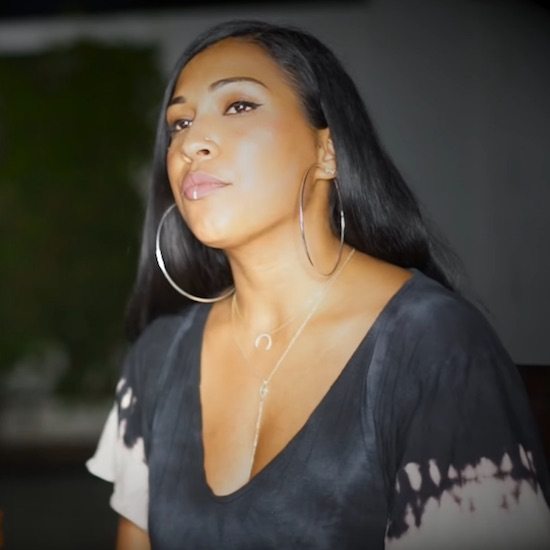 Melanie Fiona has been pretty quiet on the music tip since 2015. It's been for a good reason, though. In that time she's given birth to a beautiful baby boy, Cameron Lincoln Cotter, and has taken some time out to live life. Now, the Canadian songstress has taken a break from mommyhood and enjoying life to cover a conscious record about the state of her adopted homeland of America, Brooklyn rapper Joey BadA$$’s “Land of the Free.”  While not a U.S. native nor a rapper, Madame Fiona is a still a badass, vocalist or otherwise, and delivers an equally astounding rendition of the politically charged track.

Of course, Melanie is no stranger to putting an R&B twist on a hip-hop track. The singer/songwriter has covered everyone from Wale to the Notorious B.I.G. to her fellow canuck, Drake. She’s also not a stranger to delivering music with a message, tackling issues such as domestic violence, rape, mass shootings and more in the video for her song “I Tried.”

Accompanied by an acoustic guitar, Fiona makes the contemplative hip-hop ballad as beautiful as a butterfly and as timeless as the conscious music of the ‘70s. While showing off her own talent, it also shows the power of the lyrical content. Melanie even mashes up the song with her own track, “Ay Yo” from her 2009 debut The Bridge. Of the track, Melanie states in the video's caption, “Music with a message is always necessary. In these divided times, use your voice for good.” The only bad thing we can say about the actual performance is that clocking in at only 1:26, it’s a bit of tease.

Hopefully, the release of this short but sweet video is a teaser for the release of her long-awaited third album, Awake. There isn’t any information regarding the album, but we’re hoping against hope on this one, especially if she has more surprises like this in store.