Musiq Soulchild Shoots His Shot One More Time In ‘Start Over’ 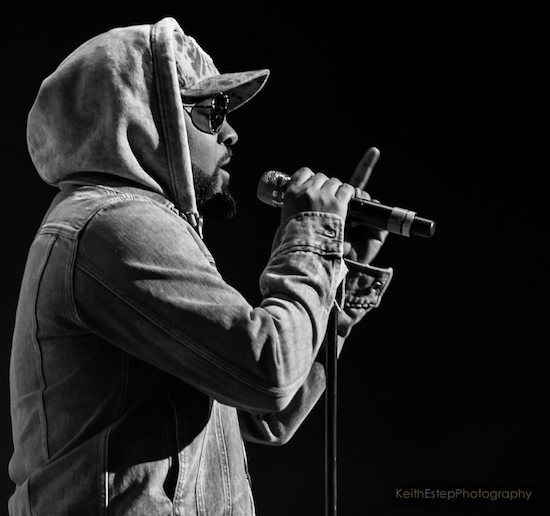 Musiq Soulchild is one of contemporary R&B's soulful griots consistently spreading tales of love lost, found and desired in his music. The singer/songwriter pours his heart into his songs, which is why they resonate with many. He does it once again and has something new for fans to add to their Musiq Soulchild collections and playlists with the track "Start Over" from his upcoming new album.

"Start Over" finds our main man Musiq linking up with an old flame who's in town visiting. The pair share a friendship and an undeniable bond, but he wants to rekindle the fire they once shared and this is his chance. He states his case quite plainly, singing, "I can't deny in my mind / I always thought you and I were unfinished / So, how bout you and me start over / Ain't no doubt we ain't getting younger, bae / So why not give us a try? / See what you and me really could be, baby." He wants that old thing back, and he's shooting his shot to get it. Musiq provides a convincing argument over soothing synths, percussion, a hint of strings and background harmonies.

"Start Over" is the second single from Musiq Soulchild's as yet untitled eighth solo studio album, which will be released sometime this summer. That's not the only new thing coming from his direction this year. Ashley "Tiyumba" Wright announced that she's pregnant with their first child over the weekend. Congratulations to the parents-to-be, and here's to a big 2017 for Musiq Soulchild.