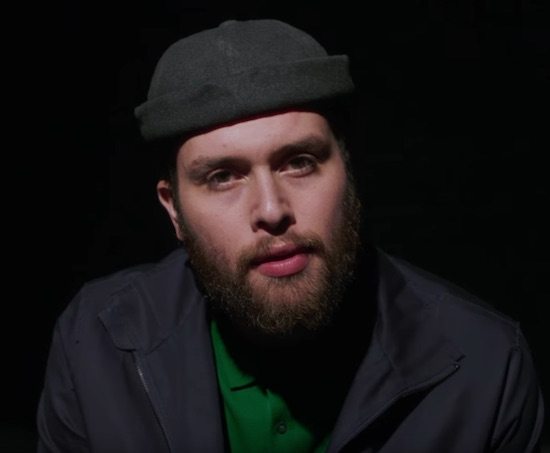 Eclectic soul singer Nick Hakim is building serious momentum for his highly anticipated debut album Green Twins, hitting shelves next month via ATO Records. Fresh off a tour with GRAMMY-nominated trio KING and a more recent SXSW performance, Hakim wastes no time in showing his listeners love with back to back audio/visual delight with "Bet She Looks Like You" and the album's title track.

In the video for “Bet She Looks Like You," Hakim is perched on a dimly lit stage singing along to a melancholic guitar riff coupled with a boom-bap drum loop to give the video a contemplative feel. He is joined by a young, black woman who lays down on the stage next to him as he sings about God being a black woman. “If there’s a God, I wonder what she looks like / I bet she looks like you," he sings in his usual melancholic tone. The video features a strange nativity scene with two statues on either side of a shapeshifting mold. There’s also an interesting scene of three generations of black women seated on a couch and whispering in each other’s ears before they arise and indulge in numerous activities around the room. The visuals are certainly a lot to digest, but that’s part of Nick Hakim’s artistry — bringing his fans into his world.

For Hakim’s latest single “ Green Twins,” he delivers a trippy, multilayered track that is riddled with regret, uncertainty and a story of what could have been. Lyrics like, “I wanted to start it with you / But someone said we ain't ready / I admit inside me lived fear / Fear I never wanted to show you,” showcase the earnestness and wounded cry of the song. Fear of opening up completely, breaking down those walls we all put up is very real. We all want to be certain that things will work out but at what cost? “Green Twins” is guided with pure, brutally honest lyrics accompanied by a bouncy snare and lush sound, giving it a cinematic feel.

With an engrossing music video and a hypnotic single in the bag, Nick Hakim’s fans and those new to the artist should definitely mark their calendars for Green Twins release on May 19th.