When PJ Morton, BJ The Chicago Kid & The Hamiltones Come Together, ‘Everything’s Gonna Be Alright’ 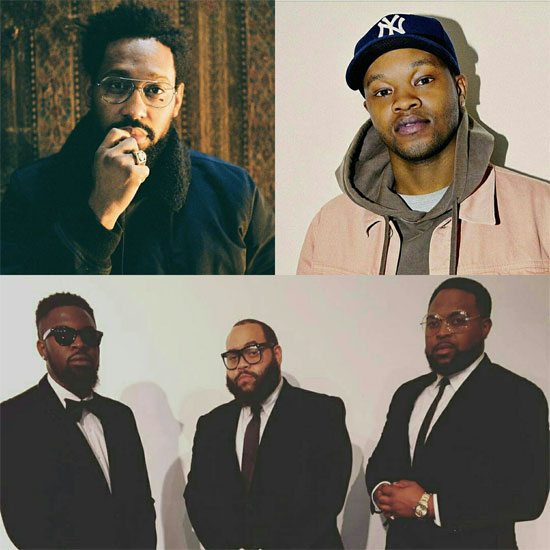 We don't know about y'all, but our boy PJ Morton had us ready to be served up a helping of his Gumbo like yesterday. Alas, we'll have to wait a few more weeks before we get his upcoming album. Thankfully, he's not opposed to giving us a few appetizers before we dive into the main course. We've been digging on his revamped version of "Claustrophobic" and absolutely adore the concept of the song's music video, but we absolutely weren't ready for the soul he's bringing with the set's next release, the uplifting jam "Everything's Gonna Be Alright."

PJ enlists the vocal talents of BJ The Chicago Kid and The Hamiltones for the song and, as you'd expect with so much soul and vocal talent on one track, it's one for the ages. PJ lays down a bouncing, old-school gospel-tinged foundation for the track, injecting it with a bit of soul swagger and some New Orleans horns for good measure, allowing for the crew to run with the song. And run they do. Each of the fellas shines, with PJ and BJ taking the verses and The Hamiltones providing the impeccable harmonies they've become known for on the backgrounds and chorus. However, it's near the song's end when each of the guys really cuts loose. As the music gets funkier, they all show off their vocal range and we almost expect a soul clap or someone to shout and catch the Holy Ghost before it's all said and done. That feeling, coupled with the song's inspirational and political message, make this another solid track that has us happily anticipating what Gumbo has in store.

You can stream "Everything's Gonna Be Alright" right here via Spotify. You'll be able to get your hands on PJ Morton's Gumbo when the album is released on April 21st.