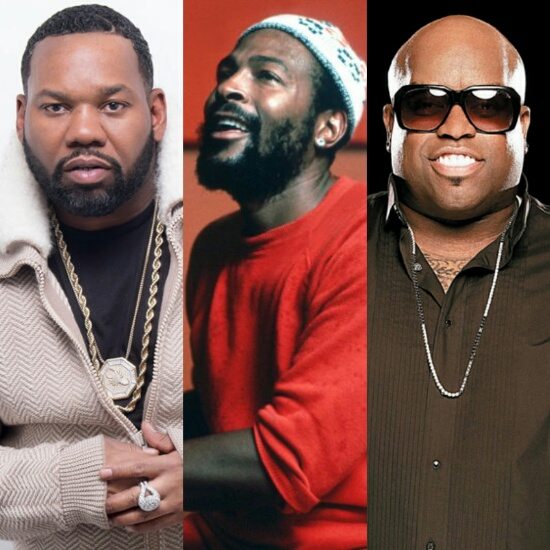 On April 1st and 2nd, music lovers across the world paid tribute to one of the most iconic singers in history, Marvin Gaye. Marking the anniversary of his death and his birthday, respectively, we saw old footage, photo montages and more all over social media this past weekend. Wu-Tang Clan member Raekwon was so touched by the singer and his life story, he released a track named after the legend. Enlisting the help of CeeLo Green for "Marvin," Raekwon serves as the storyteller, creating an audio biography about the singer, whose career was as amazing as his personal life was tragic.

Unlike most tributes, Raekwon and producer Frank G didn't use any Marvin samples but relied on CeeLo's range to convey the crooner's soulful delivery. "Marvin, the sound of your voice / Sets fire to my soul / What a glory to behold / Marvin, my heart, my heart still wonders how / I just hope you're happy now," sings CeeLo. In a release about the song, Raekwon stated, "Once I heard the beat, his name kept coming to me ("Marvin" exactly like CeeLo’s hook).  The beat reminded me of him and it transported me back to that time.  It was like his life flashed before me and the words just began spilling out organically."

Raekwon further honors Marvin Gaye's life and his dedication to him by delving into the creative process of the track in an insightful video about the beat of "Marvin." Frank G talks through the process of making the tribute, which at first had nothing to do with the iconic singer. The new track can be found on Raekwon's seventh solo album, The Wild, which was just released on March 24th. Listen to the thoughtful tribute right here and get a history lesson about Marvin Gaye. Also, be sure to watch the video about the making of "Marvin," too.