SoulBounce Exclusive: APLUS Makes The Grade With ‘Pride Over Me’ 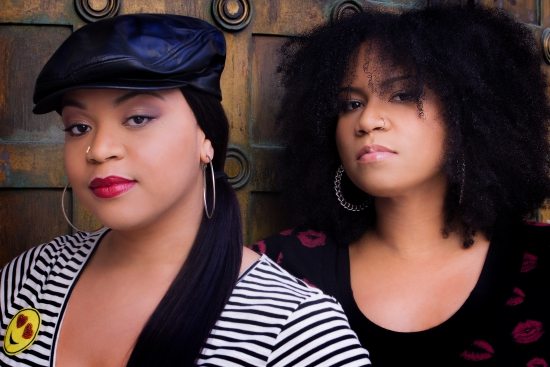 Some of the biggest and brightest talent in the music business isn't always in the spotlight. Such is the case with sisters Anesha and Antea Birchett, the songwriters whose work has been featured on the likes of Star and Empire and who are behind hits for artists like Teyana Taylor, Jennifer Lopez, Mary J. Blige and even the queen herself, Beyoncé. But now it's time for the Detroit natives to bring their talent to the forefront, which they aim to do as duo APLUS. They're currently readying their upcoming debut album and we here at SoulBounce are proud to bring you the project's first listen, "Pride Over Me."

"Pride Over Me" is a piano-driven ballad that drips with emotion and sentiment while showcasing the sisters' powerful vocals. With only the piano providing the melody, the ladies sing to a lover who would rather protect his ego than try to save their love. "You chose to lie instead of being honest / You broke my heart when you broke your promise," they sing on the song's indicting chorus. "You chose to hide, but now I see / You chose pride over me." Speaking of the lyrical content of the song, Anesha and Antea said, "'Pride Over Me' is a personal story of love gone awry when [the] need for public acceptance, achievement and importance drowned out the need for acceptance and stability between two people in love." It's a simple concept, but their skillful writing and on-point vocals will definitely have "Pride Over Me" resonating with any and everyone who's found themselves in a similar situation.

Give "Pride Over Me," which will be available for purchase digitally tomorrow (April 7th), a spin below and be on the lookout for APLUS' debut, which is set to arrive later this year. Also, don't forget to follow the ladies on Facebook, Twitter and Instagram for more updates.