SoulBounce Exclusive: Will Sessions & Coko Encourage You To ‘Run, Don’t Walk Away’ 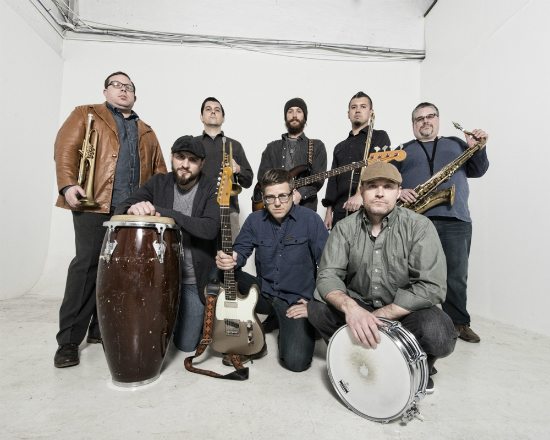 Detroit-rooted funk band Will Sessions has had our ear and attention for much of this year with collaborations with Amp Fiddler and Elzhi. The group's story starts way before 2017, however, and they'll be releasing an album of remixed and remastered tracks that were previously released on limited edition 7" vinyl on their upcoming project, Deluxe.

One of the songs that will find a new home on Deluxe is "Run, Don't Walk Away" featuring Coko. No, this is not SWV's Coko Clemons. This Coko, who also goes by the name Coko Buttafli, is a singer/songwriter also from Detroit and signed to Funk Night Records who will blow your wig off with her soul-drenched vocals on "Run, Don't Walk Away." Coko's voice is the perfect match for Will Sessions' funky ride to a bygone era of soul music. This song truly sounds as if it could have been found in a time capsule from 1975. It will make you want to cruise down the boulevard in your uncle's classic Cadillac (with the top down, of course) to a '70s party decked out in the finest patchwork leather coat, polyester bellbottoms, platform shoes and perfectly picked-out afro.

Let Will Sessions take you to another time and place, and press play on the SoulBounce world premiere of "Run, Don't Walk Away." Will Sessions' Deluxe, which will also feature Allan Barnes of The Blackbyrds, Rickey Calloway and Amp Fiddler, will be released on April 21st on the band's own Sessions Sounds imprint. Place your pre-order for either the CD or LP right now.