Tamar Braxton Gets Personal With ‘My Man’ 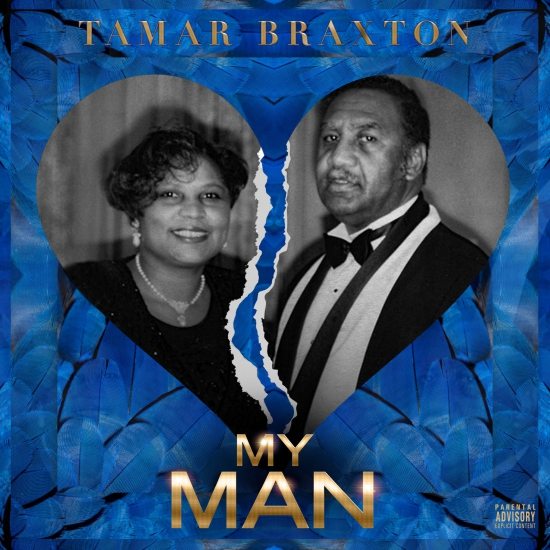 Tamar Braxton has gone through a lot career-wise in the past year, with her unceremoniously leaving her talk show The Real and then also exiting her deal at Epic Records. But you can't keep a good Tamar down, and the singer/TV star is already bouncing back. She's already inked a deal to host her own talk show and she's also got a new record deal with eOne, forming her imprint Tamartian Land Records. Now, she's ready to get down to business, releasing her personal new single, "My Man."

As you can tell by the cover, Tamar looked to the personal for inspiration on the track. "My Man" tells the story of a woman whose marriage and life is turned upside down by her dishonest husband, which is very similar to the real-life story of her mother, Evelyn Braxton, and father, Michael Braxton, Sr. Tamar breaks the scenario down over a slow R&B groove driven by piano and electric guitar so you don't miss a detail of the shady goings on. "Boy you let me down / I am so confused / I stood right by your side through everything you went through," she begins. "Why is she around? Why are you so cruel?" Meanwhile, the chorus points to the initial denial and eventual acceptance that her man has been stolen by another woman. And just in case you don't get her sentiment, she even throws in a "heffa" for good measure before breaking it down like Lenny Williams at song's end.

With Tay Tay set to be all over our screens and in our ears once again, we might as well get ready for the Tamartian takeover. Prepare yourself by checking out Tamar's latest below.