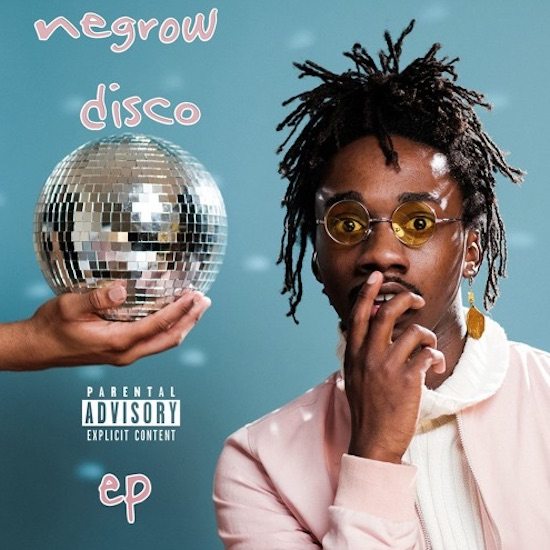 If you were anything like us, then you instantly heard traces of disco and house while listening to Ric Wilson's upbeat debut EP, Soul Bounce. After all, the newcomer hails from the birthplace of the house music genre, Chicago. Well, it turns out we'd just be half right. According to Wilson, the influences were unintentional, it seems. It wasn't until a conversation with an older man at a barbershop that he took an active interest in disco. “[He] told me my song ‘Soul Bounce’ reminded him of a disco song, […and] that convo led to me studying and getting really interested and amazed by the early Disco era,” explained Wilson. His interest piqued, Wilson can now say without a shadow of a doubt that his latest EP, Negrow Disco, was definitely influenced by the dance genre as a whole.

The EP's opener and first single, "Hang Loose," presents a perfect argument for looking to the past musically. On the four-track project, Wilson delivers a blend of optimism, casual observations, and self-awareness. His youthful and buoyant tone effortlessly rides the sun-drenched tracks provided by HYE SUNG, Patrick Pryor, TK and Cory Grindberg.

As the EP's tracklist indicates, the project was "inspired by the black, latino AND LGBTQ disco movement." It was the stories that he uncovered during his deep disco dive that made the biggest impression on him. "I found out how crazy dope it was when it was Black, Latino, and LGBTQ before it got white washed," he said. His research paid off handsomely with this upbeat release. Take Negrow Disco for a spin and hear for yourself.