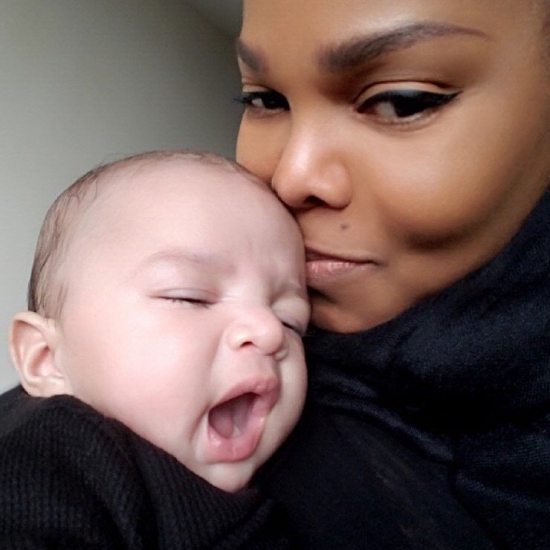 Janet Jackson Finally Shows Us Eissa, But Is She Also Readying A New Tour & Album?

Janet Jackson brought a bit of cuteness to our screens over the weekend when she gave us our first glimpse of her bouncing baby boy Eissa over the weekend. She shared the sweet shot of her and Eissa via social media, tweeting out the pic (which you can view above) with the simple caption, "My baby and me after nap time." D'awww. While the photo is giving us all the feels, Janet might also be preparing to give us all the thrills near year's end. Word on the street is that fans who purchased tickets to her postponed Unbreakable World Tour are finding out that their dates have been rescheduled, but with the tour now having the new moniker "The State Of The World Tour." Oh, but wait, there's more. It's also rumored that JDJ is prepping a brand new album to bring to the masses. Excuse us while we go stan the f**k out for a second. #OhBaby #JanetDammit