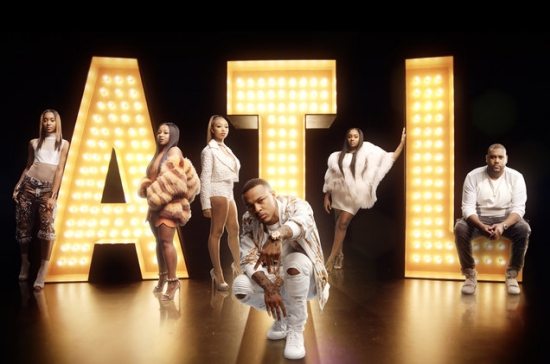 Growing Up Hip Hop, weTV's reality series chronicling the lives of hip-hop scions like Angela Simmons, Romeo Miller and Kristinia DeBarge, has proven to be a ratings success for the network. So much so that the show is getting a spinoff with Growing Up Hip Hop: Atlanta. The upcoming series will follow the lives of the heirs to ATL's rap royalty, including Lil Wayne's daughter Reginae Carter, T.I. and Tiny's daughter Zonnique Pullins and Jermaine Dupri's daughter Shaniah Mauldin. The biggest name to join the cast, however, is none other than former rap prince Bow Wow (or Shad Moss or whatever he's going by these days). With him involved, you already know there's going to be plenty of  drama. The series is scheduled to premiere this spring. #SoMuchDramaInTheATL