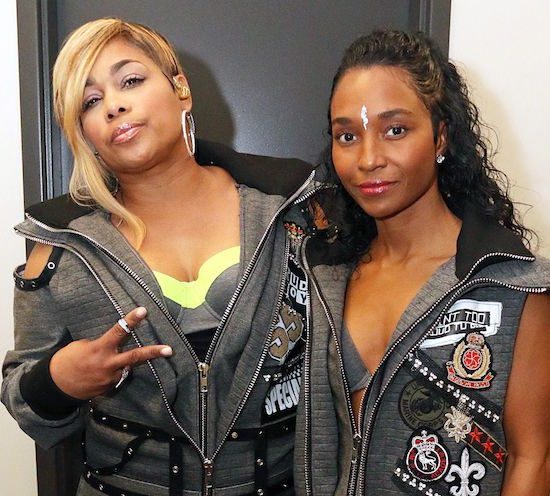 Last month, TLC announced that their long-anticipated final studio album would be coming in June. While fans rejoiced, they were also wondering if T-Boz and Chilli could be just a bit more specific about that date. Well, now they have. TLC's final project will make its official bow on June 30th. On top of that exciting news, the duo also announced that they were hoping that fans could help provide the project's title. [Ed. note: They helped finance the damn thing and now you want them to name it too? Sheesh.] "We need your help… let's hear your suggestions for the album title! Tionne and Chilli are still undecided so looking to you for inspiration," the group's manager, Bill Diggins, wrote in the post announcing the release date. So far, fans have come up with some pretty good ones (The Last Chapter, LISA) and some not-so-great ones (ThreEternal — really, bruh?). If you have any ideas, you can leave your suggestions in the post's comments section. #ChooseWell