Tinie Tempah & Tinashe Team Up For ‘Text From My Ex’ 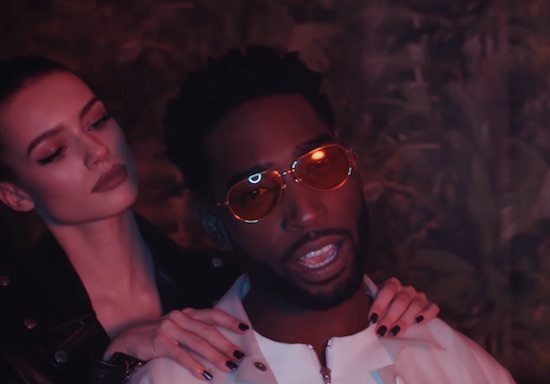 Delay seems to be the name of the game when it comes to our girl Tinashe and her long-awaited album Joyride. However, the singer and hot stepper doesn't seem to be letting any of that slow down her roll. Instead, she keeps pushing singles and turning up for collaborations. Speaking of which, one of her latest collaborators, Tinie Tempah, recently released the video for their team-up "Text From Your Ex."

The song, a bouncy, club-ready jam, was released in late January and featured Tinashe contributing the chorus and ad-libs on the track about a girl discovering that her lover might be unfaithful via the titular text from his ex. "I got a text from your ex, boy / She said to look through your texts, boy / I'm not the kind of girl to snoop / But I had a feelin' too / Now I'm looking for my next boy," she sings on the hook. Meanwhile, Tinie remains keeps thing playa-rific with smooth verses explaining his side of things rather convincingly.

Sadly, Tinashe wasn't available when it came time to shoot the song's video. Tinie found a way to improvise, though, filling the clip with model-esque beauties who vamp and lounge while occasionally mouthing Tinashe's catchy chorus. Tinie flexes among the bevy of gorgeous ladies, getting close with more than a few of them while sporting designer threads and shades in neon lit rooms. While we would love to see what Tinashe would've done with a guest spot in the clip, we aren't necessarily mad at the '90s-leaning end result.

If you haven't heard the track by itself yet, stream Tinie Tempah and Tinashe's "Text From Your Ex" below and then check out the sultry visual.