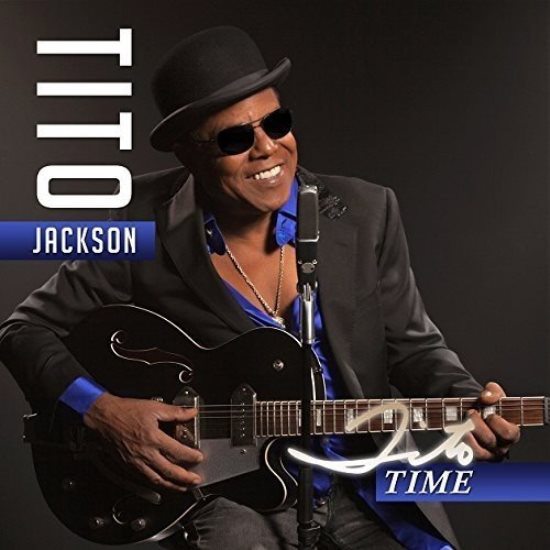 As a founding member of The Jackson 5, Tito Jackson has already earned countless accolades, won several awards and achieved worldwide fame. But believe it or not, the Rock and Roll Hall of Famer is the only Jackson family sibling who's never recorded/released a solo album. Until now, that is. With his debut album Tito Time, the "quiet Jackson" is ready to convince the world that he deserves to be heard.

Ironically, in a bit of a role reversal twist, it all started because Tito's sons Taj, Taryll and TJ (collectively known as 3T) believed in him. After working on the project for a few years, he finally released a debut single called "Get It Baby" (featuring Big Daddy Kane) just in time to become a line dance craze for the summer of 2016. The uptempo groove also made him the ninth and final Jackson sibling to have a solo song place on the Billboard charts (#21 if you're curious), plus earned him a distribution deal with Sony Music Japan.

After previewing the uplifting anthem "We Made It," Tito Time saw its official debut in Japan at the close of 2016. Now, as we await the digital release here in the U.S., Mr. Jackson recently dropped the album's second single "When the Magic Happens" featuring Jocelyn Brown via iTunes and also leaked a brand new track, "On My Way Home." The Jacksons have dabbled in just about every genre, but "On My Way Home" will prove a real surprise to some, particularly because it would've been right at home at this past weekend's Country Music Awards.

At 63 years old, Tito Jackson is proving that it's never too late to pursue your dreams. And while the Jackson name won't guarantee him major sales or chart dominance (as some of his other siblings have learned), we still tip our bowler hats to this living legend. Listen to the endearing twang of Tito's new ballad "On My Way Home," then wax nostalgic while watching a special "legacy promo" video for "We Made It." A CD version of Tito Time is currently available through Amazon, while digital downloads of "Get It Baby" and "When the Magic Happens" are available via iTunes. The album also features appearances by Betty Wright and 3T.

In addition to solo appearances, Tito is also touring as a member of The Jacksons with brothers Jackie, Jermaine and Marlon. Visit Tito's website for U.K. tour dates (which also include sons 3T), and keep up with the artist via Twitter and Instagram.