Tuxedo Says ‘Thank You’ To Their Fans With New Music 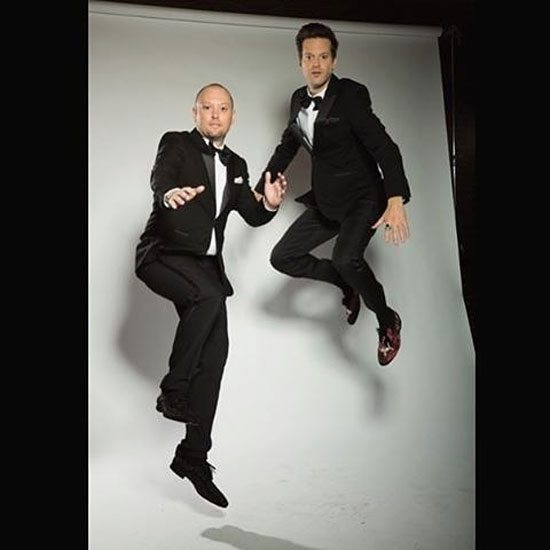 After almost a decade in the music biz, Mayer Hawthorne and Jake One have each garnered quite a loyal following. Their fanbase increased even further since joining forces as Tuxedo. After already blessing us twice this year with the unexpected Fux With The Tux EP and the sequel to their eponymously-titled debut album, the disco funk brothers from another mother dropped a new loosie entitled "Thank You" over the weekend in celebration of Record Store Day.

Because you asked, here's a quick bit of history on Record Store Day, which celebrated its tenth anniversary on April 22nd and boasts participation "on every continent except Antarctica." It was "conceived in 2007 at a gathering of independent record store owners and employees as a way to celebrate and spread the word about the unique culture surrounding nearly 1400 independently owned record stores in the US and thousands of similar stores internationally."

"Thank You" is a special track, not only because it's a Limited Edition 45 with cheeky artwork, but because it's a musical dedication to all Tuxedo fans across the globe. Over a funky bassline, electro-soul harmonies and complex synth chords, the duo lets us know how much they appreciate our support. Hawthorne even throws in some quirky shout-outs, thanking everyone from "Snoop Doggy Dogg" to the show Yo Gabba Gabba. Listen to "Thank You" below then head to your favorite record store for a copy. If you prefer digital releases, get your copies of Tuxedo, Fux With The Tux and Tuxedo II via Stones Throw Records. Catch Tuxedo on tour through June and thank them in person.


TAGS:  jake one, mayer hawthorne, Tuxedo
Previous: Get Ready To ‘Dig’ Sidewalk Chalk’s Important Message Next: Lafa Taylor, Aabo & Goapele Will Have You ‘Falling’ For Their Collaboration