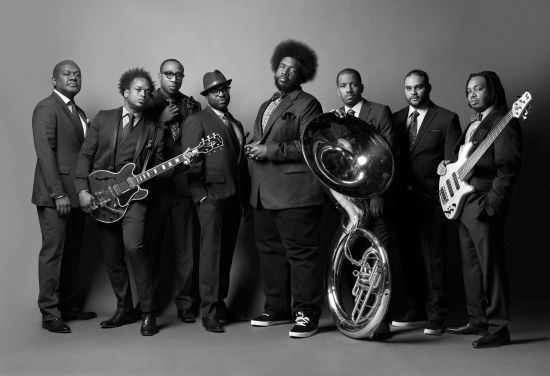 The Roots Set To Develop Children's Shows With Amazon

They don't call them The Legendary Roots Crew for nothing. After conquering the music biz and late night television, the hardest working band in show business is set to embark on yet another venture: children's television. According to Deadline, The Roots are set to develop two new children's shows with Amazon. One will be an animated series tentatively titled South Street Sounds, about three friends growing up in the "most musical of neighborhoods," which will feature music provided by the band. The other is an as-yet-unnamed live action series. Both shows will be executive produced by The Roots' Black Thought and Questlove, with their manager Shawn Gee and Brian Sher also getting exec producer credits as well. #TheRootsLoveTheKids