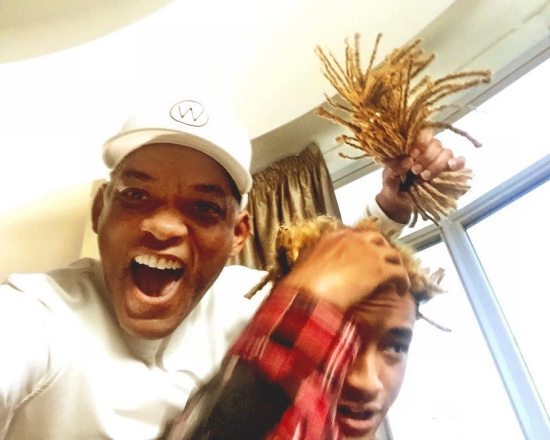 Jaden Smith Does The Big Chop

Hollywood progeny Jaden Smith has become as known for his wild dreadlocks as he has for his puzzling Twitter comments. However, his long-haired days are gone. The music and film star recently cut his blonde locs for his upcoming role in Life In A Year and his dad Will Smith seemed to take major pleasure in helping him do the honors. The elder Smith posted a few snaps of the cutting session that show him with a gleeful, downright joyous look on his face while holding on to a handful of his son's shorn hair as Jaden looks on while seeming a bit crestfallen. We must say, no matter how weird he may seem at times, we love seeing Jaden and Will's loving father-son dynamic. #SmithFamilyMatters