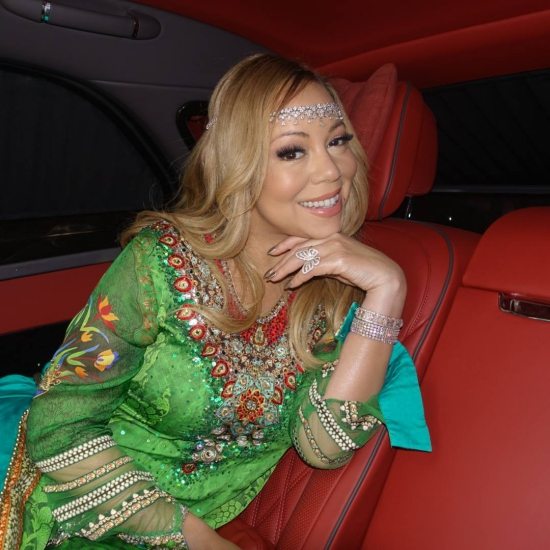 It may have seemed that Mariah Carey's career has hit a wall, but it doesn't look like Epic Records thinks so. This week, Carey and the label announced a new deal between the "I Don't" singer's Butterfly MC Records and Epic and promised a new studio album from Mariah that's set to arrive this year. In a statement, Epic president L.A. Reid said, “To continue working with Mariah Carey at Epic has been another rewarding chapter of my career. Mariah’s incomparable talents as a singer, with her vocal range that is nothing short of legendary, are matched by her brilliance as a songwriter, producer, and performer par excellence. Mariah’s chart records have established her enduring place in music history, a position that is cherished and supported by her loyal fans worldwide. I look forward to building upon all of Mariah’s success for years to come.” Meanwhile, Mariah kept it short and sweet, saying, “I am putting my heart and soul into making more new music. I am so thrilled for this next chapter and to continue working with, and for, everyone that I love.” We're happy for MC and all, but we just hope that this new new will be better than what she's been giving us as of late. #MariahsMakingMoves