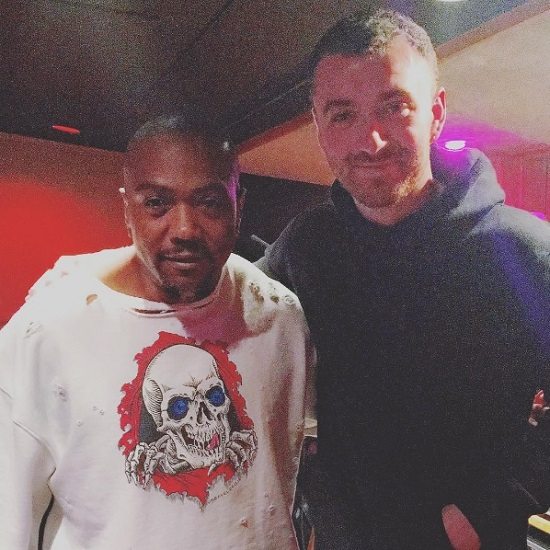 In other unexpected news, it looks like British crooner Sam Smith is going in a completely new direction for his follow-up to The Lonely Hour. Since the megahit album dropped way back in 2014, Sam has kept a rather low profile, only making an appearance on Disclosure's Caracal and penning a few songs for Mary J. Blige's The London Sessions. It seems he's using his time away from the spotlight to craft new music and he's doing it with none other than our main man Timbaland. Timbo took to Instagram (everyone's favorite PR tool) to share a snap of him and Sam in the studio. "It was a pleasure working this man," he wrote in the accompanying caption (we're just gonna assume he left out "with" in that sentence because...umm...nevermind). While Timbo didn't reveal what the two were working on, we can only imagine how that combination could sound. #WhatYallGotCookin