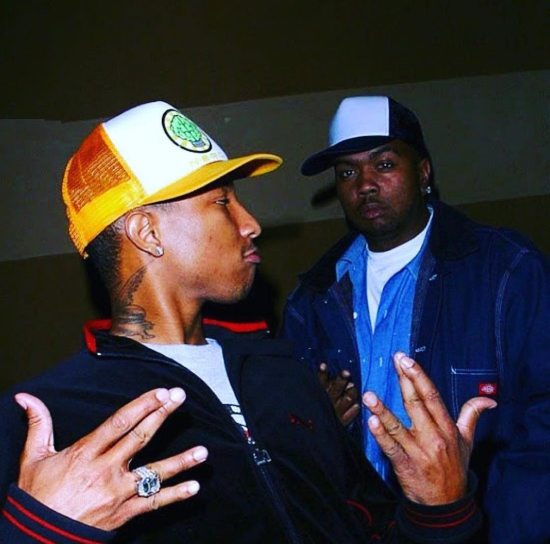 A Pharrell vs. Timbaland Beat Battle Could Be In The Works

Speaking of Timbo, this news could be one for the books. Back in February, Just Blaze and Swizz Beatz duked it out on the turntables in an epic battle of the beats that left even Busta Rhymes shook. Could you imagine something like that happening with famed producers like, we don't know, Timbaland and Pharrell Williams? Well, you might not have to imagine that at all, let Just Blaze tell it. According to a tweet, Blaze, a legendary producer in his own right, says that he discussed the possibility of such a battle with Timbo and not only is he down, but he's also discussed the possibility with Skateboard P! Say word?! Neither Tim nor P's camps has confirmed this of course, but Blaze seems like a pretty trustworthy cat (plus, we just really want this to be true), so we'll believe him for now. #OhS**tItsLit