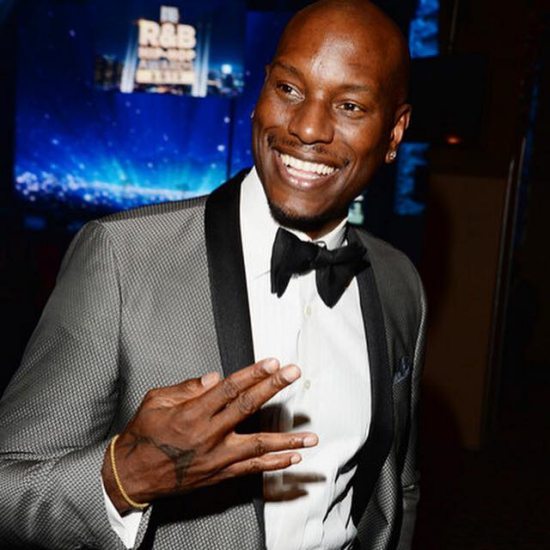 Tyrese Is A Habitual Line Stepper

Why do people keep giving Tyrese a mic when he's not singing? The recent newlywed, casual misogynist and star of the just-released Fate Of The Furious popped off at the mouth once again to give more unsolicited advice to women. "I appreciate all the ladies out there that are still single, that are holding out. Don’t settle. Don’t settle," the singer and actor told BET. "Because I’m gonna tell you all right now, and this might be harsh. Sluts, skeezers, hoes, tramps and overly aggressive promiscuous women, they are never without a man because they don’t have no standards." Jigga what? Oh, but seeing as Black Ty seems to love the taste of his foot in his mouth, he went further, saying, "You have women that are active out in these streets, they going to lunches and dinners every night. Private planes, mega yachts, it’s cracking. They’re never without. However, it comes with a cost, you gonna put a lot of miles on yourself down there, come on." We have thoughts, but it's not even worth it. Come get your boy. #SomebodySnatchHisMic