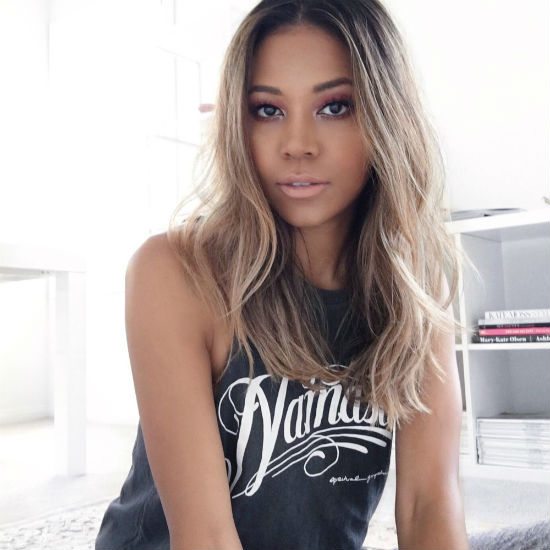 It’s been a little over a year since Ameriie appeared on The Breakfast Club to discuss all the things that had kept her busy during the seven-year hiatus since dropping her fourth album In Love & War in 2009. During the interview she announced her EP Drive (released in May 2016), and spoke passionately about her literary endeavors. Ameriie also assured fans that she had been busy in the studio, and we are just now getting a peek of the music she’s been working on. While there’s no official word on whether her new single “Redrum” is part of a larger project, it's enough to remind fans of why they fell in love with her in the first place and keep them wanting more.

The catchy, radio-friendly tune falls right in line with popular music today, laced with elements of trap. Listeners are sure to find the suggestive, repetitive hook, "She only go down to come up / And she only drinks that red, red, redrum," stuck in their heads all summer. There’s a departure from the light and airy vocals we’re used to hearing from Ameriie as she tells the story of a woman who is “so cold, with a heart like ice” in more of a rhythmic speaking tone, as opposed to singing. Still, it all feels cohesive and fun, and fans are sure to get into to full-on diva-mode as they sing along to lyrics like, “She don’t care about your feelings / She don’t care about you cryin’ / She’s be lyin’ if she said she did.”

If you’ve been following Ameriie over the years, you know that all this track really needs is smokin’ hot video to truly set it all off. However, she seems pretty busy with the upcoming July release of her villain anthology Because You Love To Hate Me, and we wonder if music may take a backseat to her other endeavors. While we all wait to see what else she has in store, take a sip of Ameriie's “Redrum" right here and keep up with all of her passion projects by visiting her website, and following her on Instagram, Twitter and Facebook.


TAGS:  ameriie, audio, The Breakfast Club
Previous: Mali Music Shows Us That Everything’s ‘Gonna Be Alright’ Next: Ne-Yo Is Back At It Again With ‘Another Love Song’