dvsn Aims To Get On Your Mind With ‘Think About Me’ 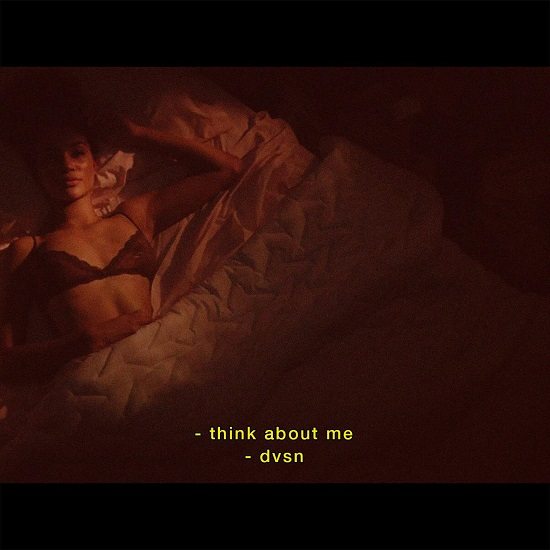 2016 was a whirlwind year for R&B duo dvsn. The mysterious twosome, consisting of producer Nineteen85 and singer Daniel Daley, released their debut album SEPT. 5TH in March of last year to much critical praise. The OVO Sound affiliates then dropped some dope visuals before embarking on Drake's international Boy Meets World Tour. However, rather than just coast on being critical darlings, it looks like dvsn is hard at work on their sophomore set. In fact, they've already delivered our first listen with their new single, "Think About Me."

"Think About Me" continues the sound that we've come to know dvsn for: synth-based ballads for the lonely at heart. This time around, they deliver a bass-heavy track warmed through with synths that provide an almost lullaby-like melody. Lyrically, they're also still in the same space, with Daniel singing to a former lover with whom he has a complicated past. "Don't think that we / Could ever be friends again / 'Cause our history / Seems like it never ends," he sings before questioning who she'll find that could possibly love her better. "I know you still think about me," he intimates on the chorus, though from the feelings spilling all over the place, we think he may be projecting. Whatever the case, "Think About Me" is another brooding slow jam from the duo that is definitely worth a listen.

"Think About Me" is a welcome return from dvsn, though we do hope that they add a few changes to the formula (like maybe an uptempo number) on their as-yet-untitled sophomore outing. Give "Think About Me" a listen below and see if you agree.


TAGS:  audio, Daniel Daley, drake, dvsn, Nineteen85
Previous: Pomo Gets The Party Started With ‘Ain’t Nothing’ Next: You’ll ‘Like’ What Jade Novah Does With This Bruno Mars Song