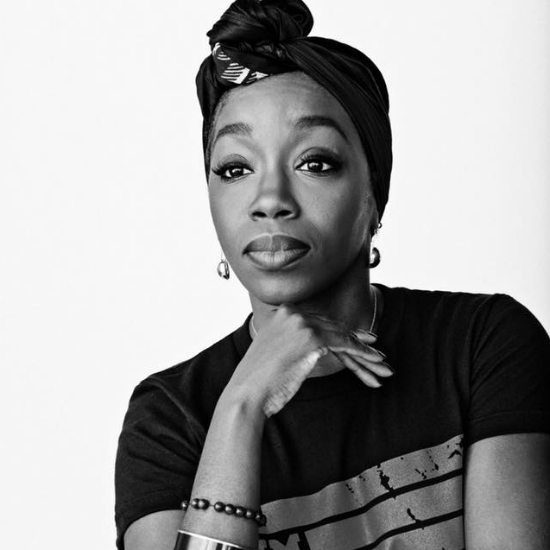 On the mid-tempo, empowering song dedicated to all women, Estelle sings over soulful live instrumentals punctuated by horns and an organ. "It's a woman's world!" she wails on the chorus. "A world without a woman is a place you don't want to be," she later proclaims and we couldn't agree more.

The single for women and by a woman also features cover art by, you guessed it, a woman. The "Woman's World" cover is a silk screen created by visual artist Angela Pilgrim entitled "AFRO PUFF II."

Along with Estelle, artists such as Mary J. Blige, John Legend and Common are also featured on the compilation, which is available for purchase on the 7-inches for Planned Parenthood website.  Listen to Estelle's celebration of women and use your coins for good when you purchase "Woman's World" on iTunes.