Goapele Shows Us Her Sexy ‘$ecret’ 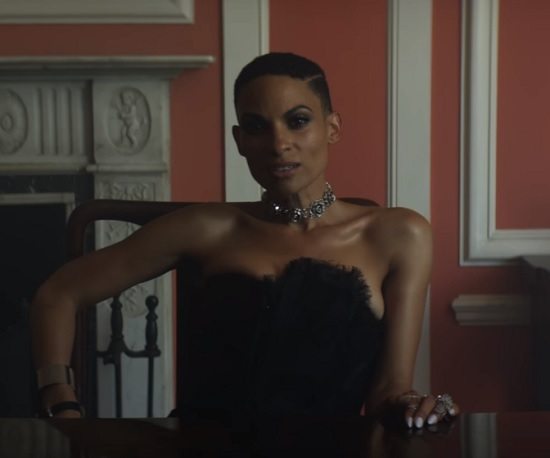 Goapele damn sure came correct with the release of her recent EP Dreamseeker. In fact, some would argue it's among some of the Bay Area songstress' best work yet. She's already released a good amount of singles from the EP, including standouts "Power" and "Stay," but so far she's only dropped one video so far, for the opening interlude "Dreamseeker." Now, not only is she giving us another visual with the clip for her sexy single "$ecret," but she's steaming up the screen in the process.

The song, which finds Goapele in the mood for seduction, is a slinky, sensual jam in which she channels a bit of Aaliyah's sex appeal from "Are You That Somebody?" to pose a carnal inquiry to her lover. Rather than go the overtly sexual route for the song's clip, the songstress instead suggests the hint of sexuality. She fixes the camera with smoldering stares as she rocks outfits from the Bad Butterfly Collection, including a matching fishnet glove and mask set. Meanwhile, her video bae plays the strong silent type, giving off an alluring air of mystery before stripping off his shirt and enticing us with his bedroom eyes. We don't know about you, but we're a bit hot under the collar.

You can get to know the sensual side of Goapele when you watch the video for "$ecret." Be sure to keep watching until the end to find out exactly what her secret is. Dreamseeker is available for purchase now.


TAGS:  aaliyah, goapele
Previous: Lion Babe Want You To ‘Hit The Ceiling’ Next: Sidewalk Chalk Says Enough Is Enough With ‘A Suite For Black Lives’