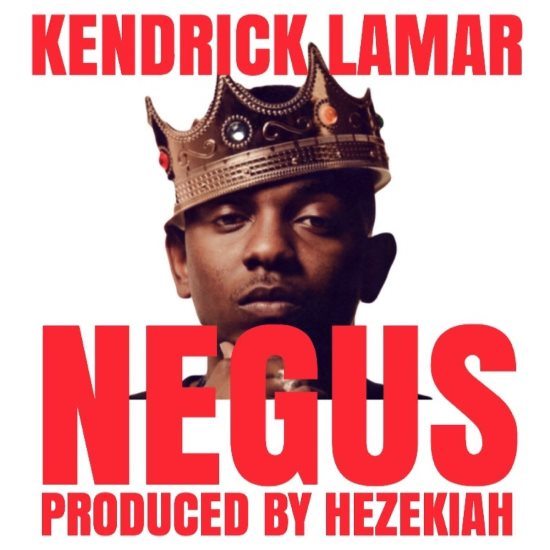 Kendrick Lamar's latest album DAMN. has been a gift horse to fans, critics and artists alike. From inventive covers to the question du jour (Is it a double album/album-within-an-album or nah?), it seems DAMN. is all anyone can talk about these days. Leave it up to multi-faceted production wiz Hezekiah to find an alternate means of saluting one of Compton's finest. The Philly-based artist takes us on a journey to the not-so-distant past when To Pimp a Butterfly reigned supreme and delivers an unexpected flip of "i." Well, a portion of it at least.

For "Kendrick Lamar: Negus," Hezekiah narrows his focus to the final movement of the album version of "i.," a profound a cappella verse that serves as a study in contrasts: the controversial "N word" versus "Negus," a term referencing Ethopian royalty. As he's done in the past, he rejuvenates the a cappella verse with the satisfying infusion of a classic song. And who better to assist the current Negus of Rap than the forever Negus of Pop? Via social media, Hezekiah revealed, " I had fun with this one. I sampled Michael Jackson['s] 'Thriller' and made it damn near unrecognizable." He's not exaggerating either, the chopped and screwed sample will make you do a double-take (in a good way). Lucky for us, it's a free download, so multiple listens are encouraged.

Listen to "Kendrick Lamar: Negus" below and get your personal copy via Bandcamp. We're still amazed at how Hezekiah keeps up his steady pace after a near fatal aneurysm last year. In addition to directing music videos and dropping EPs, he's still touring with his band Johnny Popcorn in support of their 2016 album Totem Pole. Follow Hezekiah on Twitter and Instagram to stay up-to-date with his latest projects.