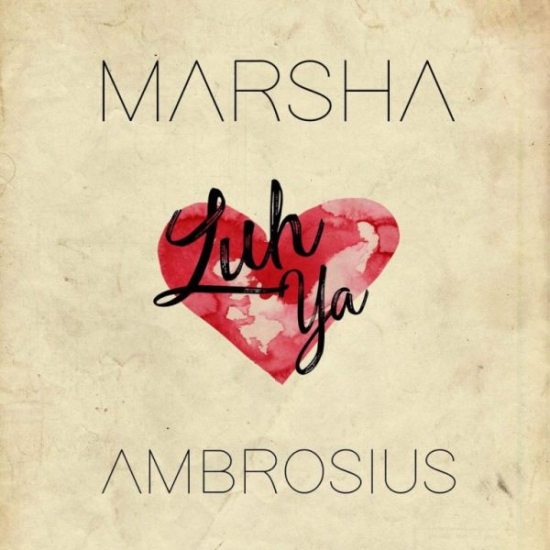 We think it's safe to say that Marsha Ambrosius has love on the brain. Last we heard from the newly independent artist, she was gleefully chiming "I'm gon' get some d**k tonight" on her hilarious and sultry trap and B banger "Don't Wake The Baby." While that was fun, she's back to something a little more traditional for her latest joint, "Luh Ya."

"Luh Ya" is a sweet love letter to bae, with Marsha making it known that she loves her man without a doubt. "And no matter what, I'll always be right here for you / Don't matter what they say, I'll stay so true to you," she sings on the track's bridge, emphasizing that she's down to ride forever. Her romantic sentiments are backed by bumping, hip-hop laced drums, soft guitar chords and warm synth bass that keeps everything feeling fresh and modern. However, the star of the show, as usual, is Marsha' vocal, which is still in fine form, conveying sweet highs and lovely lows.

"Luh Ya" is only the latest release from her as-yet-untitled independent debut, which is expected to arrive sometime this year. If that's too vague of a timeline for you, though, you can always catch Ms. Ambrosius on the road during her M.E. Tour with crooner Eric Benét, which is currently making stops on its East Coast leg before making its way through the Midwest and then hitting up the West Coast. Check out her Facebook page for more info about tickets and dates and give Marsha Ambrosius' "Luh Ya" a spin below.


TAGS:  audio, eric benet, marsha ambrosius
Previous: Erykah Badu To Kick Off The ‘Badu Vs. Everythang Tour’ This Month Next: Raheem DeVaughn & Wes Felton To Take The CrossRhodes On The Road On ‘The Great Debate Tour’