Mary J. Blige & ASAP Rocky Show You How To ‘Love Yourself’ 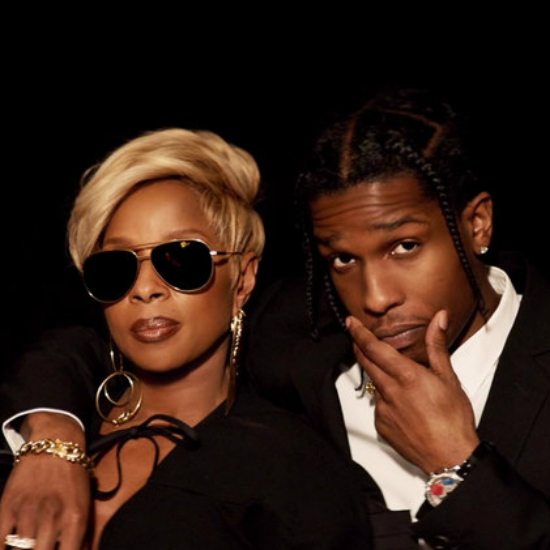 When we first heard Mary J. Blige’s self-love (and f**k everybody) anthem, “Love Yourself,” the infectious track featured Kanye West, someone well-known for those two qualities. However, for the video for the song, Mary has recruited ASAP Rocky to add his swag to the soulful track. After watching the clip and listening to ASAP Rocky's flow, we aren't mad at all. In fact, quite the opposite.

Directors Taj & Dre have created a cinematic masterpiece to showcase the beauty and talent of the legendary singer. The clip opens with an eye-in-the-sky view of New York City at night. We soon find Mary singing in a deluxe hotel room in the sky. When the beat drops, we are transported to a scene of Mary sitting in an old school limo. She's draped in a red fur and reflective shades, surrounded by men dressed like b-boys and Black Panthers, mean mugging as Mary gives us rap hands. We also enjoy scenes of Mary rocking a turquoise dress and fur while a man plays piano in the background, Diddy bopping with ASAP Rocky against an ebony backdrop and more. While the video unfolds like a movie, it isn’t film. It just feels that way. Even when scenes take place against a blank background, there’s an air of luxury and splendor.

As far as ASAP Rocky’s replacement of Yeezy on the track, the Harlem-native more than makes up for his absence. He shares some braggadocio bars that show he’s not a pauper when it comes to standing next to the Queen of Hip Hop Soul.

“Love Yourself” is the latest single from MJB’s album, Strength of a Woman. Hit play below and let Mary J. and ASAP show you to make loving yourself look good.