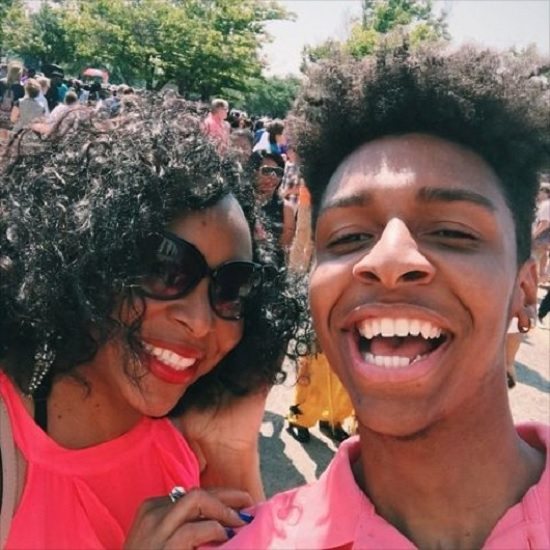 With yesterday being Mother's Day, many of our faves took time out of their busy schedules to honor the women who brought them into this world and shaped them into the people they've come to be. Some did it with posts on Instagram or Facebook, others did it with touching tributes, others showered mama with gifts and a few, like singer-producer-saxophonist Masego, did it the best way they know how: via song.

Masego, who's added flavor and style to works by SiR and GoldLink as well as his own solo material, puts his talents to use to create his touching, sentimental ode "Mama's Boy." "I want you to know / to know that you are really special," he sings at the track's beginning. But, rather than give specific stories or go into elaborate detail, he instead lists his mother's many qualities that make her number one in his heart. Masego chanting those qualities over the mellow guitar and smooth keys somehow drives the loving sentiment of the song that much more, punctuated by his tender sax solo that caps the song off.

Mother's Day only comes once a year, but we here at SBHQ feel that any is the perfect day to honor the women who change the world by loving, caring for and nurturing future generations. In that spirit, listen to Masego's touching tribute to his mother and make sure to let your mother (biological or not) know how much she means to you as often as you can.