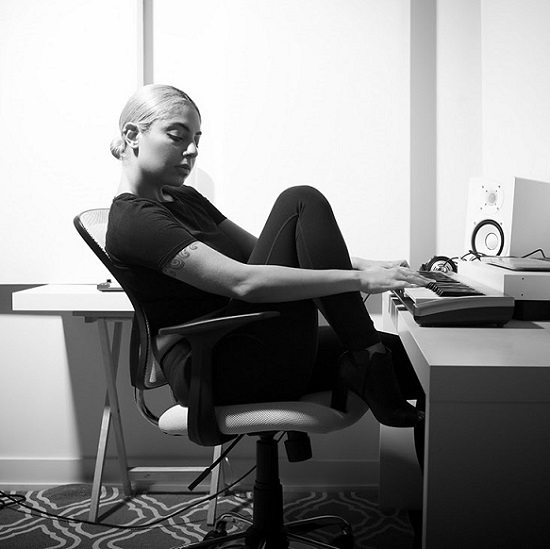 It's been quite a while since we've heard anything new from Merna. In fact, it's been nearly three years since we heard from the artist formerly known as Ayah. However, the singer-songwriter is back and she's preparing to deliver her new EP, Sans, next month. Ahead of its release, though, she's giving us a listen to the project with its first single, "The Exception."

The Exception" is a sparse track that features just piano, Merna's voice, minimal synths and a few distorted vocal samples. Despite using so little, Merna gets maximum impact from the elements, creating an emotional tapestry as she questions what immutability means in a world susceptible to constant change. "I know that time won't wait for no man / So what makes this the exception?" she sings on the chorus. "And nothing lasts forever, so what makes this the exception?" Meanwhile, on the repeated verse, she's asking to be provided with some sort of explanation that she can place her faith in to help assuage her doubts.

Elaborating on the concept, Merna told The FADER, "'The Exception' is a song about confronting one's expectations of forever, and coming to terms with impermanence. That's a concept I'd been struggling with for a long time. Right at this time while dealing with personal loss, as if the universe was conspiring, my main collaborators got extremely busy and I found myself sans.... It was just me, and my keys/studio. I self-produced/engineered the track (and the rest of the album to follow). Turns out circumstance knows best. I've never felt more satisfied or proud of my work."

Sans, which promises to be one of Merna's most intimate releases to date, is set to arrive on June 2nd. Take a listen to "The Exception" to sample the fruits of Merna's labor.


TAGS:  audio, ayah, Merna
Previous: Adrian Marcel Has A ‘LUVJONES’ For His Lady Next: DAWN Innovates Again In The Interactive Video For ‘Lazarus’ & ‘Love Under Lights’