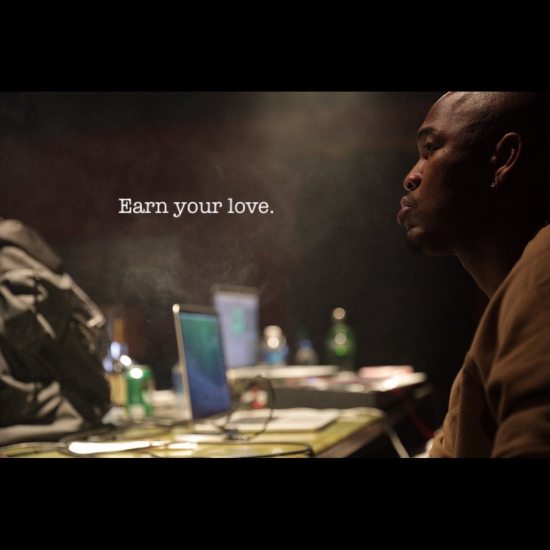 Ne-Yo had a misstep last week when he attempted to put his own spin on Kendrick Lamar's chart-dominating jam "HUMBLE." His version, which wasn't at all what that was, had us scratching our heads about Shaffer. However, after that got him a little buzz (for all the wrong reasons), the singer-songwriter is back to redeem himself with loosie "Earn Your Love."

"Earn Your Love" finds him flirting with hip-hop as well, however, this time he uses it much more sparingly and to better results. First, he weaves a credible slow jam using synths, drums and beautifully textured backing vocals. He uses this backdrop to let the ladies know that he wants to put in work, in the most gentlemanly way possible. Though he knows that he can buy a woman nice things to get in her pants, he'd rather earn her affections the old-fashioned way. "I believe some things are beyond a price tag / And you willing to give me your body for a nice bag / Man, that make my stomach hurt," he sings at one point in the opening verse. Meanwhile, he makes it more clear on the chorus, singing, "Baby don't just give it / Make me earn your love." And, just in case his point wasn't driven home enough, he interpolates 2Pac's memorable line from "I Get Around," "I hate to sound sleazy but tease me / I don't want it if it's that easy," near the track's end to bring it all home.

While we don't necessarily rock with the respectability politics presented here (we like to think that a woman has the right to do whatever she likes with whoever she likes whenever she likes for whatever reason she chooses), we do appreciate the romantic notion. It also doesn't hurt that is also probably the best Ne-Yo record we've heard in years. Take a listen to "Earn Your Love" below and be sure to look out for Ne-Yo as a judge on the upcoming World Of Dance, which is set to premiere on NBC May 30th.