NxWorries ‘Get Bigger’ For ‘F Is For Fendi’ Campaign 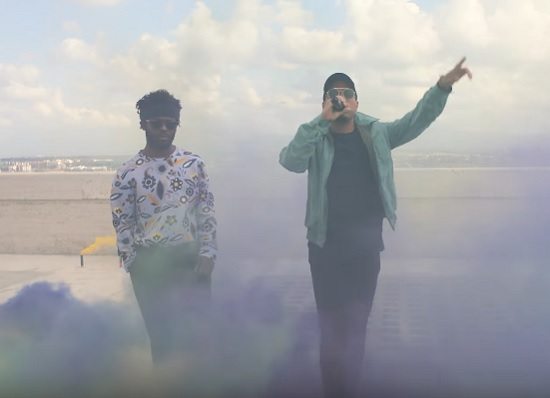 Like a match made in fashion heaven, Fendi partnered with NxWorries to deliver a series of videos featuring some of the duo's funkiest hits. Starting back in February, Fendi rolled out the red carpet for NxWorries, comprised of producer Knxwledge and GRAMMY-nominated artist Anderson .Paak, to perform on the swanky rooftop of the Fendi building overlooking the city of Rome. The first two videos in the series produced by Boiler Room showcase single "Lyk Dis" from Yes Lawd! and footage of .Paak speaking entitled "Freedom is no fear."

For "Lyk Dis," the fellas enjoy a night time shoot with neon lights that make them shine as bright as the track. We then catch a more intimate, behind the scenes take from NxWorries in "Freedom is no fear," where Anderson explains his fearlessness when making music. The newest video in the fashion-forward series is for "Get Bigger," where the duo are back on the Fendi building, this time with a more daytime casual look as they start the video striking a pose in their Fendi 'fits. They then have fun with some colorful smoke bombs just to keep things interesting.

The videos make three in a series of unique performances for the fashion line's "F Is For Fendi" campaign, and we can't wait to see more. Until then, watch NxWorries flex their fashion game with Fendi to their killer soundtrack.