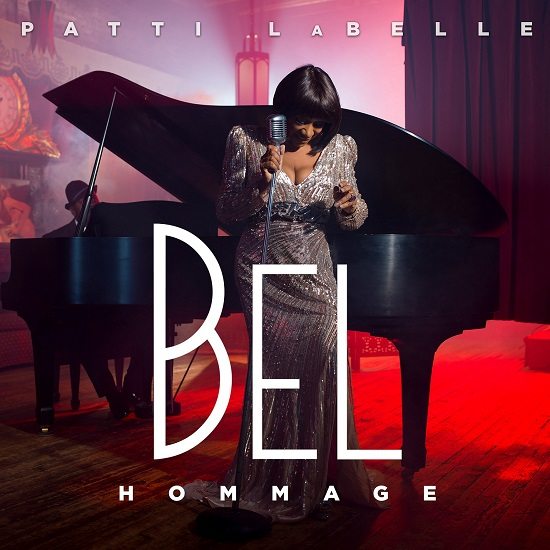 As we previously mentioned when Patti LaBelle first announced plans to release her first ever jazz album, we have no doubt that Auntie Patti would slay the genre just as with every other genre she's tried on for size. Today we get to finally hear the album that Patti spent over a year and a half working on, Bel Hommage.

Arriving on LaBelle's new imprint GPE/Sony Red, the 13-track album has been something that her former husband had been pushing her to do for quite some time. "My ex husband Armstead has been telling me for years that I should do a jazz record, but I was nervous about trying something different," she explained in a statement. "I finally mustered up the courage to do it and now I'm so glad that I did!" While it may be hard to imagine Patti Patti being nervous about anything, it's evident from the album's opener, "The Jazz in You," that the legendary singer/author/businesswoman had absolutely nothing to worry about. Filled to the brim with such jazz standards as "Moanin,'" "Softly As I Leave You" and "Moody's Mood for Love" (on which she is joined by KEM), Bel Hommage presents a balanced blend of big band jazz and more contemporary sounds. Some initial jittery nerves aside, she sounds right at home tackling such hits, even venturing into country music territory with her rendition of Tammy Wynette's classic hit, "Till I Get it Right."

Since the project was initially the suggestion of her ex, whom she divorced in 2000 after over 30 years together, it makes sense that Patti would turn to him and his input when she finally decided to hit the studio. Serving as the album's executive producer, together Armstead Edwards and Patti LaBelle have crafted a beautiful next chapter for the celebrated artist who has over 50 years of experience under her belt. In between promoting her most recent cookbook, Desserts LaBelle, which was published last month and preparing to celebrate her 73rd birthday on May 24th, LaBelle will transition to promoting Bel Hommage with an upcoming appearance on CBS This Morning on May 10th and The View on May 11th.

Celebrate Patti LaBelle's new chapter and support her spreading her creative wings on Bel Hommage, which is available now on Amazon, iTunes and Google Play.